By Admin
August 04, 2022groom returns bridenewstrending topicviral
Cotabato, Philippines: A groom immediately returned his bride to her parents after he discovered during their honeymoon that she was no longer a virgin.
Brigada News Butuan reported that the newlyweds had a six-year relationship before they decided to marry, and within those years they have not engaged in premarital s3x.
The news article did not mention their names but stated that the couple exchanged I Do's in Cotabato, a landlocked province located in the Soccsksargen region in Mindanao. 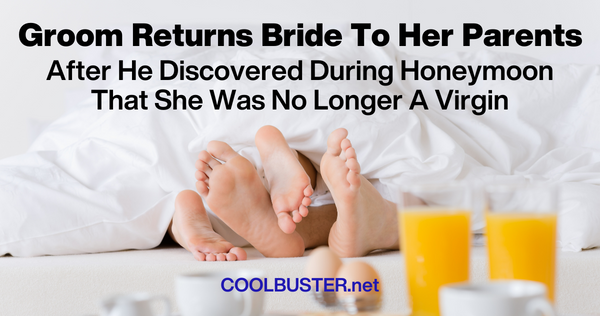 Before the wedding, the man reportedly vowed to never touch his girlfriend intimately so he can bring her to the altar as pure as possible. He only discovered that she was no longer pure during their honeymoon in a hotel.
Dismayed and hurt following the heartbeaking discovery, the groom immediately returned his bride to her parents. In spite of what happened, the couple's parents met and talked about ways to reunite them.