By Admin
August 22, 2022bullyingcamarines nortedaetnewsteachertrending topicviral
An awareness was raised as an elementary teacher in Daet, Camarines Norte, was accused of bullying a pupil on the first day of school.
Netizen Jeannie Vargas, a realtor in Wisconsin, USA, brought the issue online as a "reminder" to teachers and parents after her niece was allegedly bullied by her own mentor Monday, August 22, as face-to-face classes began.
Vargas said on Facebook that her niece, a Grade 5 student whose name was not revealed, was sobbing when she got home from school. Unable to explain what occurred, her niece jotted down the hurtful comments her teacher allegedly uttered to her.
Vargas shared a snapshot of a piece of paper with her niece's apparent handwriting on it, displaying statements that should not be spoken by an educator. 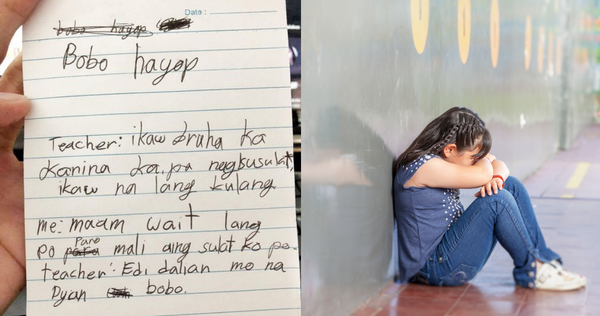 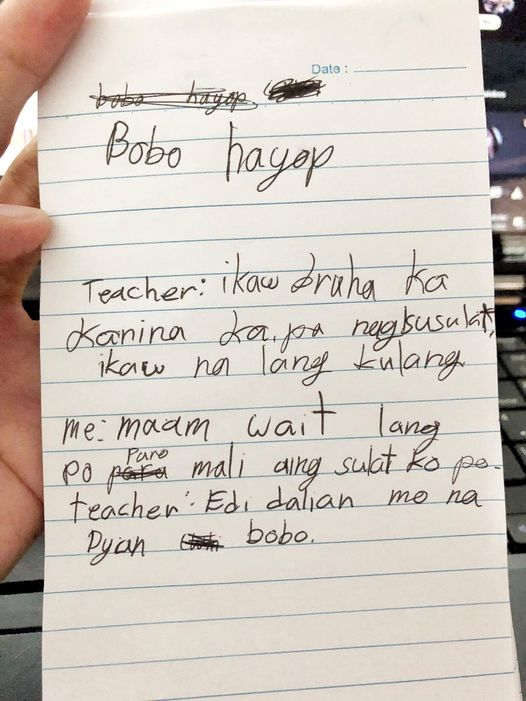 The teacher's and school's names were not disclosed. Daet, CamNorte's capital city, has around a dozen private and public elementary schools.
According to Vargas, the parents of the 10-year-old child had already alerted the principal about the bullying incident. However, it is unknown whether or not the school head acted on it immediately.
The post quickly went viral and became a trending topic on the social media site. As of 11 p.m., it had received over 86,000 reactions, 41,000 shares, and hundreds of comments.
Netizens tagged the popular magazine show KMJS headed by broadcast anchor Jessica Soho, Raffy Tulfo In Action hosted by now-Senator Raffy Tulfo, and other celebrity FB profiles.
Among those tagged in the comments is the Secretary of the Department of Education, Vice President Sara Duterte-Carpio, who is also a mother and well-known for her strong attachment and love for children.
As parents expressed their concern about the child's suffering as a result of the terrible incident, Vargas was asked to disclose the names of the teacher and school.
Many said the teacher should be kicked out of the learning institution while others said that if proven guilty, the license of the accused must be revoked. 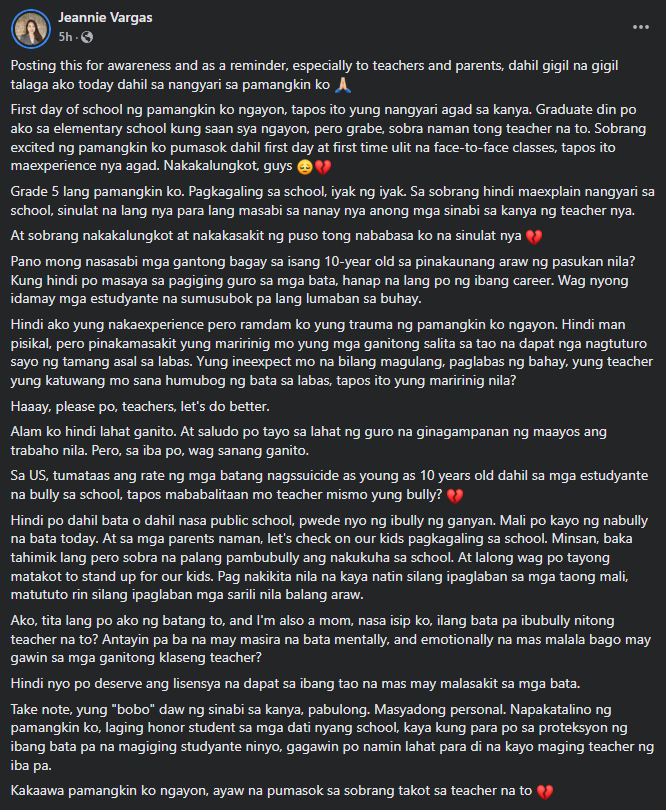 According to Vargas, her niece has been traumatized and no longer wants to go to school.