By Admin
July 26, 2022cagayan de oromother caught stealing for child's birthdaynewstrending topic
A trending topic about a mother who got caught stealing balloons, palm oil, and packs of milk in Cagayan De Oro sparked mixed reactions online.
The incident reportedly happened July 25 at Unitop in Barangay Cogon, a supermarket and mall area in the so-called City of Golden Friendship.
The single mom, who was not identified by Higala CDO Facebook page in its post Monday, claimed that she only did it so she can prepare something for her child's birthday celebration that day.
Two photos of the stolen items, however, showed that she took two packs of Nestle Bear Brand Adult Plus, a variety of milk for adults. 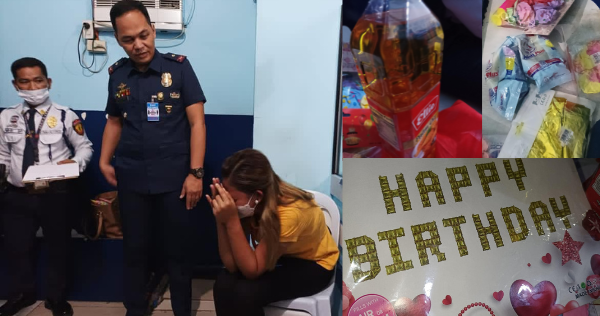 Nevertheless, she gained sympathy from many netizens. In fact, some offered to pay the items for the sake of her child, saying they fully understood her situation as a single mom amidst the rising prices of basic commodities.
Others questioned why she was detained right away without knowing the reason behind her act following comparisons between the rich and the poor in terms of their "right to due process."
There were a few social media users who said it was reasonable to put the woman behind bars for what she did considering that shoplifting is against the law and stealing should not be tolerated.
According to our sources in CDO, some sympathizers are raising funds for the woman's bail while others offered food for her child.
We will update this post once more details come in.