By Admin
July 14, 2022news
Two minors and 2 other persons were killed in Villanueva, Misamis Oriental, Philippines. Their vehicle was brought to a nearby town and burned.
The gruesome killing took place early Sunday morning, July 10. Initial investigation revealed that the victims were found dead on a roadside in Barangay Dayawan; they were tied and their mouths duct-taped.
Police officers found five empty shells of a caliber .45 pistol and three empty shells from a 9mm at the crime scene, the Manila Times reported. 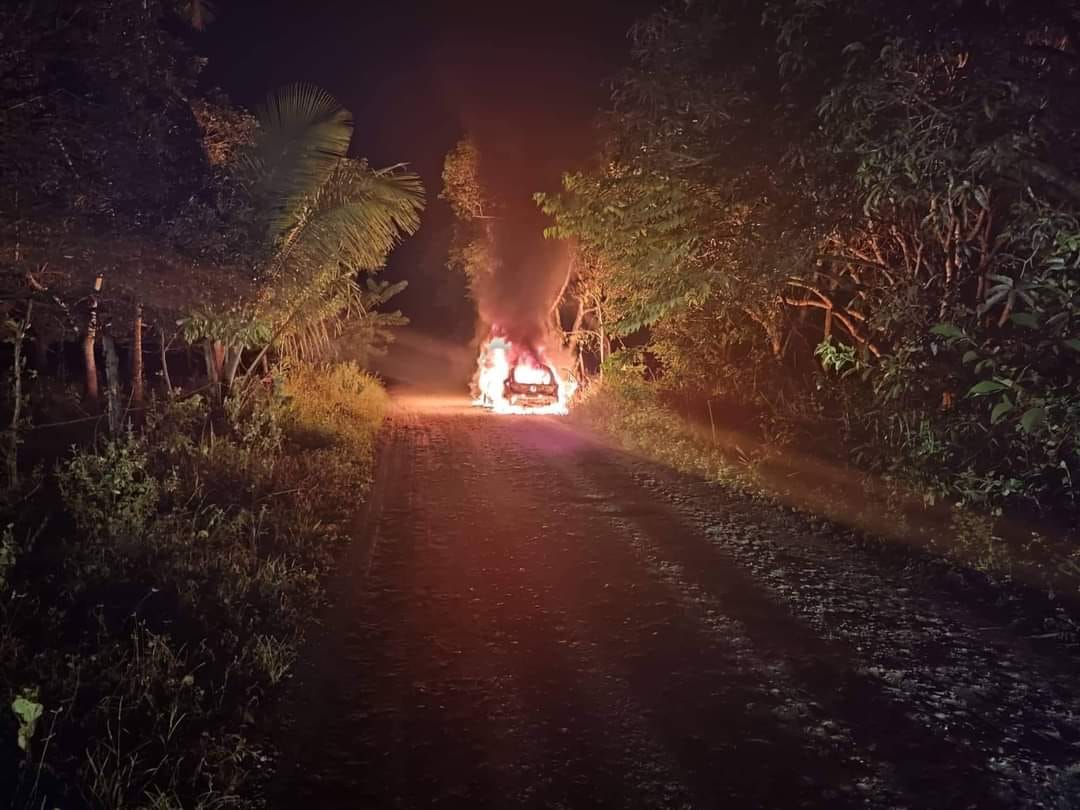 According to iFM CDO, police investigators said that the victims came from a farm in the town of Initao in same province to successfully collect a P58,000 debt, but were allegedly stopped by unidentified men thereafter.
Reports said the minors, aged 6 and 15 years old, were asked by their mother to collect the debt together with a certain Joy, believed to be their nanny, and the taxi driver, both said to be between 20 to 35 years old.
The victims reportedly sustained gunshot wounds in the head and body. The taxi they used was reportedly found burning along a highway in the municipality of Naawan.
A deeper police probe is underway.