By Admin
May 18, 2022barbie imperialEntertainmentKim ChiunewsXian Lim
Xian Lim and Barbie Imperial were spotted inside a hotel in Mati City, Davao Oriental and a photo showing the two celebrities together has been bombarded with intrigue.
According to showbiz website PUSH, it appears that Xian and Barbie were there for a project. Some netizens also believe that they were shooting a television series or a movie together.
In a post on their Facebook page, Hotel Rosario Mati thanked Xian and Barbie for staying at the lodging establishment. 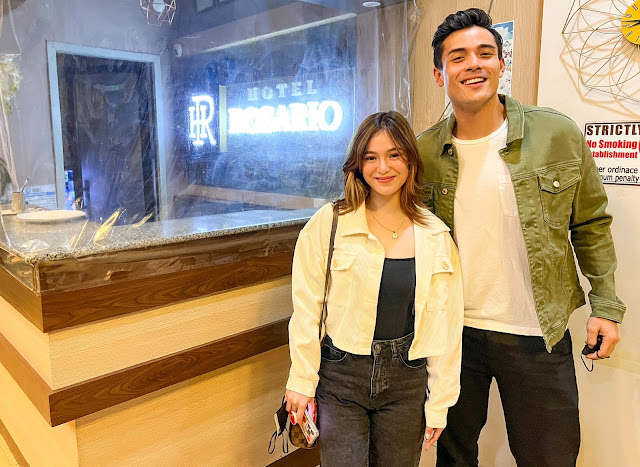 In an interview with KAMI on Tuesday, Barbie explained:

Her explanation, however, did not stop intriguing posts from coming. Social media influencers Thinking Pinoy and Christian Albert Gaza even shared the controversial photo.
To put an end to all speculations, here's what really happened.
Xian and Barbie were invited by the campaign team of City of Mati mayoralty candidate Congressman Mayo Almario to perform during their "Mati Maayo Para Sa Tanan" Miting De Avance last May 7, 2022.
The two celebrities entertained the crowd during the grand rally as shown in a video posted by local production group Madayaw TV.
Other guests were the Funny One 3rd Winner No Direction and some local performers.
After the political event, Xian and Barbie stayed at Hotel Rosario Mati owned by the family of now councilor-elect JR Pang, who was among the candidates for city council positions in Almario's party.
Xian, boyfriend of Kapamilya actress Kim Chiu, has yet to release a statement about the issue.