By Admin
May 15, 2022chie filomenovideo scandalviralzeus collins
A video of the so-called "car scandal" allegedly involving actors Zeus Collins and Chie Felomino has gone viral on social media site Facebook over the weekend.
In the video, which was a recorded CCTV footage taken in a parking lot, a man and woman in their body suits were seen doing what couples usually do in the dark. 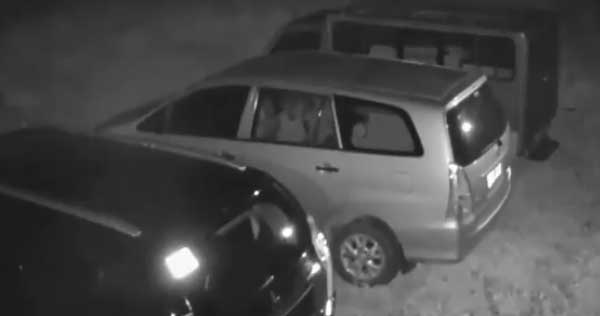 It was not clear if the couple was indeed the 29-year-old hunk and the 25-year old babe.
Zeus and Chie, reports said, have debunked claims they were the ones seen in the video that made the rounds online last Saturday.
On her social media account, the actress posted:

Unedited versions of the video can be found on Facebook, but the footage is in black and white  as it was captured during nightime.

Netizens have been sharing the download link of the alleged Zeus Collins and Chie Felomino car scandal to see whether or not the rumor is true.