By Admin
May 17, 2022bukidnonnewsrape caseValencia City
A relative of the teen victim has been tagged as the suspect in a heartbreaking rape-slay case in Valencia City, Bukidnon, which took place last Saturday, May 14, 2022.
In a viral public Facebook post, the victim's mother Linilyn Casiple Penares Man-on recounted that her attention was called as someone was being rescued and later discovered that it was her daughter, Threxie Ann.
Lyn said "nag pa sulod tag demunyo [we invited a demon at home]" who allegedly raped and killed their only child. 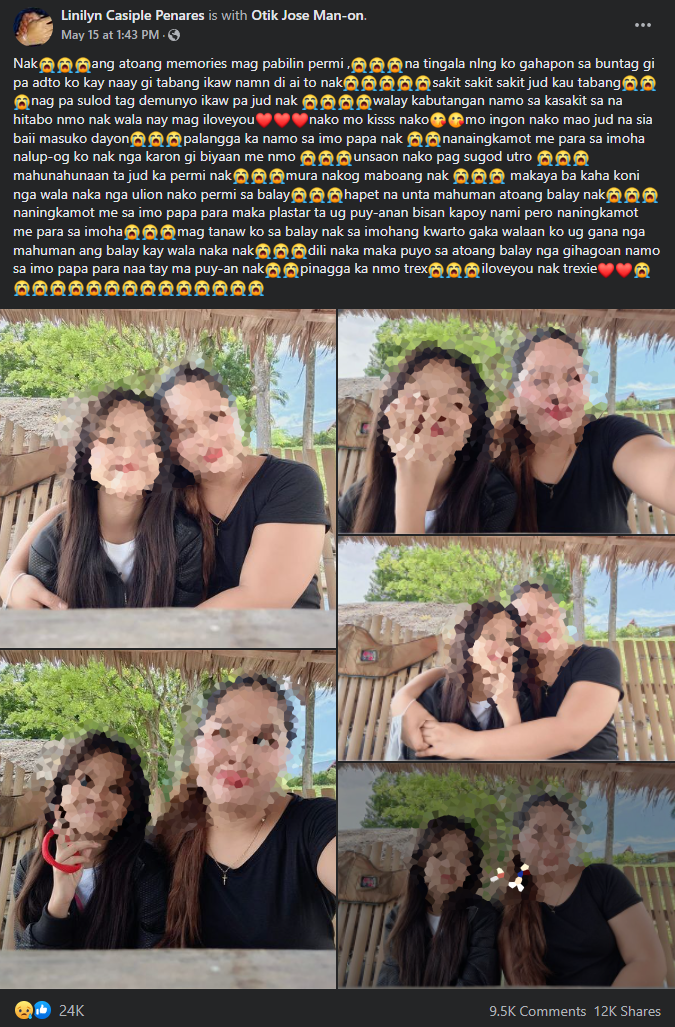 It was found out in the comments section that the suspect is the victim's own uncle, a certain Keanu according to netizens.
No further information was leaked and local news about this case have been very scarce, pending police investigation.
The grieving mother said her daughter was their only inspiration to strive and work hard to be able to build a new house.