Netizens on social media instantly turned into detectives as they voice suspicions over the death of the Maguad siblings in M'lang, North Cotabato.

Crizzel Gwyn Maguad, 18 years old, and her brother Crizulle Louis, 16, were stabbed by three masked men who barged into their residence in Barangay Bagontapay around 2PM last Friday, December 10, 2021, according to reports. 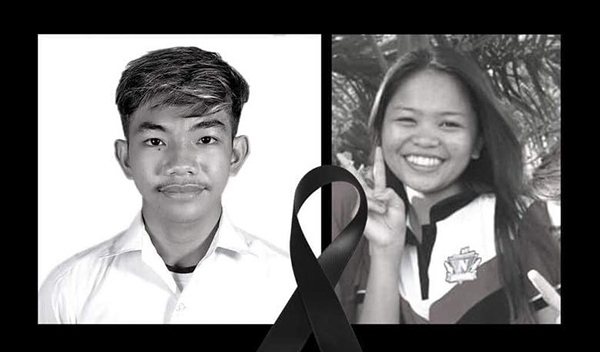 The perpetrators allegedly hammered, beat with a baseball bat, and stabbed the victims to death.

Janice Sebial, their foster sister, survived the attack. She is said to be from Malaubang, Ozamis City, and was adopted by the victims' parents in 2013 when she was still 8 years old. Some said she is the family's "working student."

For the capture of the culprits, the municipal council offered a reward of P200,000 while Vice Mayor Joselito Piñol offered P50,000. M'lang Mayor Russel Abonado, meanwhile, vowed a bounty of an undisclosed amount.

After Cruz Maguad, the victims' father, was interviewed by local program NewsLine Philippines, netizens began to speculate and make accusations.

According to the news source, there was a possibility that the crime was caused by a land dispute, but this was later ruled out.

Netizens, however, accused Janice as the true perpetrator. They allege she claimed to have lost her phone yet was able to post on Facebook, asking for help, an hour after the killing.

The post, screenshots of which have now gone viral, was curiously well-written and even contained emoticons, which netizens noted was incredibly odd given the survivor's anguish at the time. 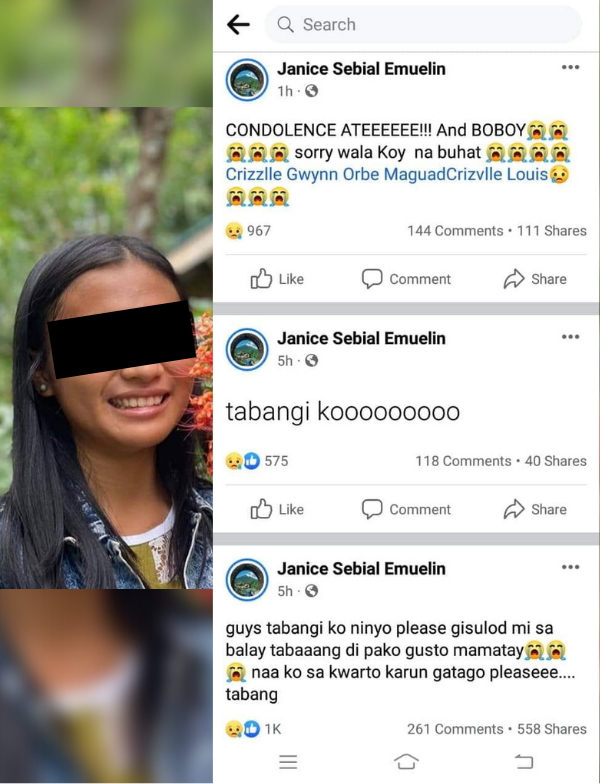 Sebial "had a bath" before the victims' father arrived, according to commenters, and even "changed her Facebook name from Janice to Jay Pee real quick."

According to word circulating on Facebook, the adopted girl once stole P10,000 cash from her foster parents. Gwyn was the one who persuaded her father to forgive Janice and allow her to stay. That story is yet to be verified.

Janice, who is now in the custody of the Department of Social Welfare and Development's (DSWD) local office, is now apparently calling the victims' parents "mama" and "papa", which many people found strange.