By Admin
November 20, 2021amaya resortamaya viewnewsviral
A man got bitten by a crocodile at Amaya View theme park and resort in Cagayan De Oro after he touched it thinking it was just plastic.
A vernacular post from Facebook user Kier Nambatac on Friday, November 19, revealed that the management of the inland resort, located in Indahag in the City of Golden Friendship, was not remiss in giving the victim's family the necessary hospitalization and medical assistance, contrary to negative social media reports.
He said the Amaya management followed protocols and has given the family an orientation before entering the amenities and attractions of the park.
According to Nambatac, danger warning signages clearly stated that the crocodile is alive.
Unfortunately, the victim allegedly jumped over the fence of the area where the crocodile was resting. Thinking it was only plastic, he touched its head and got bitten.
A surgical operation for the victim has been scheduled, Nambatac said, claiming that criticisms against the owner of the resort, the Unabia family, were politically motivated. 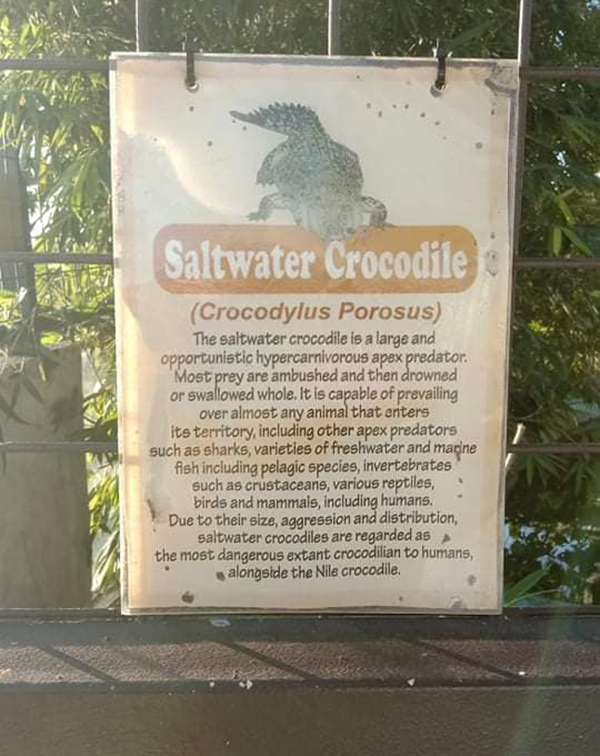 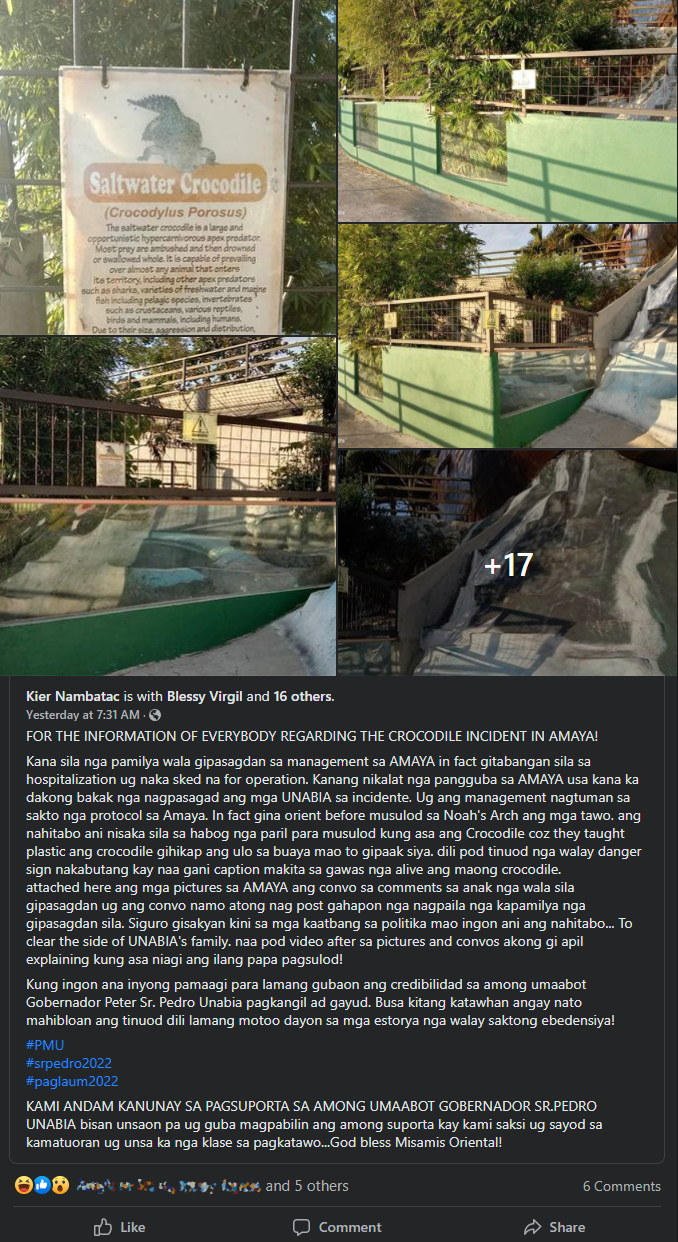