Axie Infinity: No More SLP For Accounts Under 800 MMR

By Admin
October 15, 2021axie infinityGamingtech news
Small Love Potion (SLP) rewards will no longer be given to accounts with less than 800 MMR (Match Making Rating) in the popular Axie Infinity play-to-earn game.
ProgrammaticallyPull, a member of the Sky Mavis support staff, made the stunning statement today on his Discord channel. 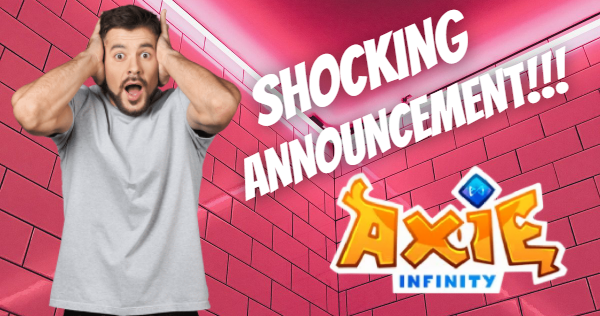 According to the programmer, Axie Infinity will release a new version of the game on Friday, October 15, with performance improvements. Friendly challenges are making a comeback as well.
He stated that once Axie's owner changes, it will be reset to Level 1. It should be remembered that players discovered a trick to gift a team to another player in order to take advantage of the energy. This update resolves the issue.
Players can now engage in a friendly duel with a trainer from their friends list.
According to ProgrammaticallyPull, match history will not be saved on Axie Infinity servers. Data can be accessed temporarily from the device where the match was played.

He explained that a minor change to the Ronin Block Explorer will affect the way some addresses are displayed.
The most intriguing (and possibly disturbing) part of the announcement is that Axie Infinity users with less than 800 MMR would not get SLP in adventure and arena matches, as well as the daily quests.
Managers will be able to urge scholars to improve their game, possibly by recruiting stronger players or purchasing expensive pure-bred axies to gain higher MMR.
When the maintenance period is over, players can update to version 1.1.0a, he added. 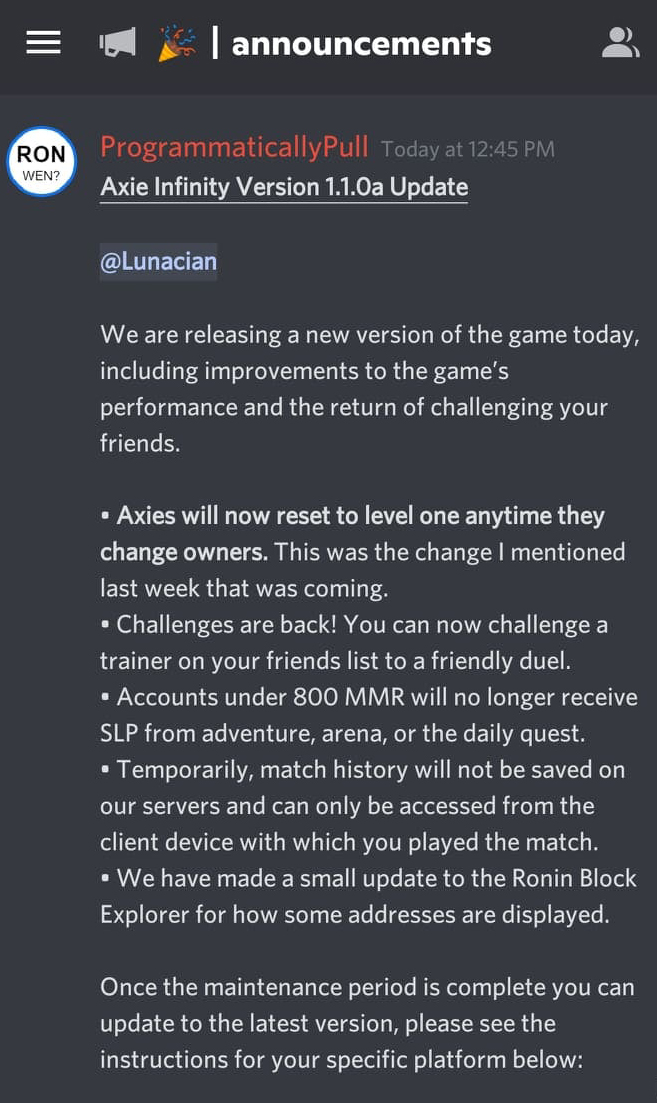