Singer Claire dela Fuente passed away in the morning of March 30, 2021 due to cardiac arrest. She was 62.

Her son Gregorio "Gigo" de Guzman, who confirmed the sad news to the media hours after she died, said the OPM icon succumbed to heart attack while sleeping. He also shared that his mother suffered from anxiety, hypertension and diabetes.

According to reports, Dela Fuente tested positive of COVID-19 and was admitted to the hospital. 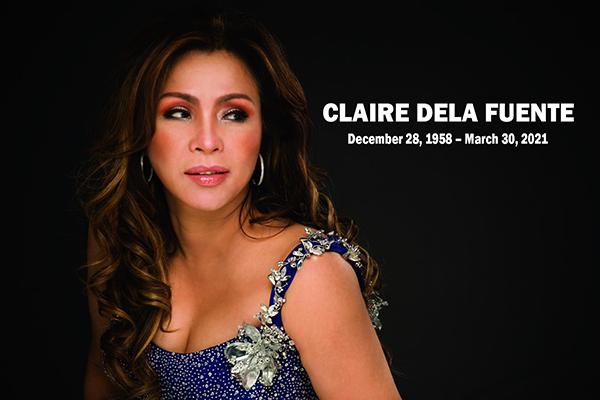 The immune system of the so called "Jukebox Queen" apparently started to deteriorate due to stress in the middle of a court battle involving Gigo, one of the accused in the rape-slay case of flight attendant Christine Dacera at a hotel in Makati City on New Year's eve.

Dela Fuente, who was also dubbed as "Karen Carpenter of the Philippines," showed premonitions to Gigo.

Before she was brought to the emergency room, Dela Fuente asked him to stay by her side and never leave her for the last time she spent her night at their home.

"Anak, ikaw na bahala okay," were among her last words for her son.