By Admin
August 29, 2020giant lapulapugoliath grouper fishnewsPalawan
A giant grouper fish, commonly known in the Philippines as lapu-lapu, has been caught off Palawan waters.

The goliath grouper caught by Filipino fishermen Thursday, August 27, 2020 in Cuyo town was estimated to weigh about 203 kilos. No data as to its measurement has been published so far.

Following the big catch, several photos of the giant lapu-lapu, which is locally called pugapo in the Visayas and Mindanao regions, went viral on social media sites including Facebook. 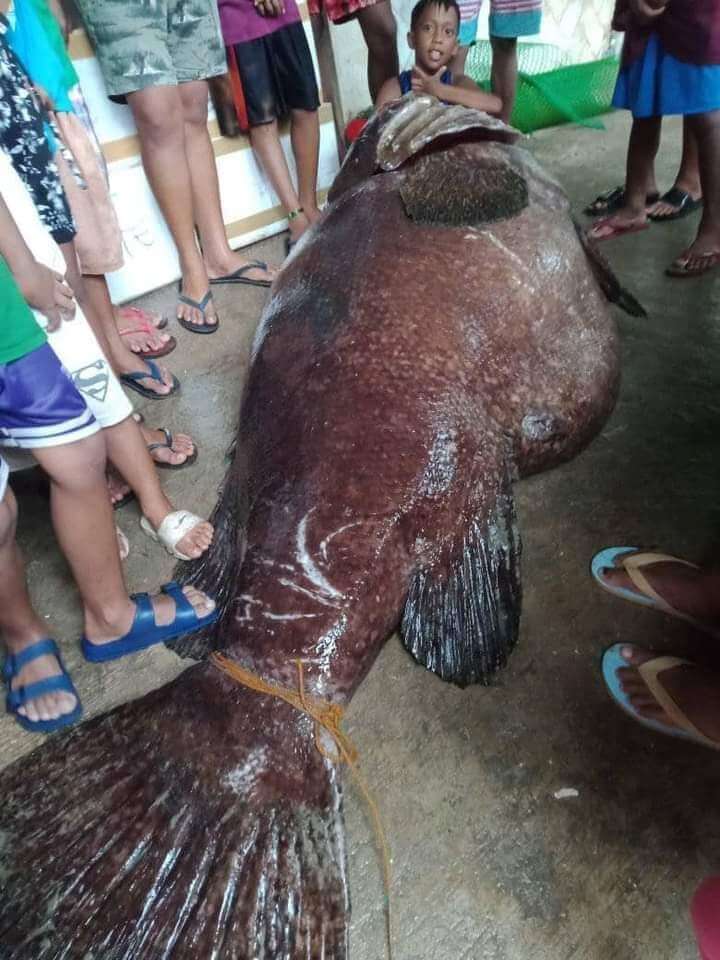 Based on research, some species of this kind of fish grow about 1 kilogram per year and are generally adolescent until they reach 3 kilograms when they become female.

One amazing fact about the lapu-lapu is that they mostly mature only as females and have the ability to change into male after maturity. The one caught in Cuyo, online sources said, was probably a female.

The giant grouper fish caught off Palawan waters is an indication of the healthy marine life and impressive ecology in the province, according to the Bureau of Fisheries and Aquatic Resources (BFaR).