COVID-19 Vaccine Might Be Injected To Duterte In May 2021 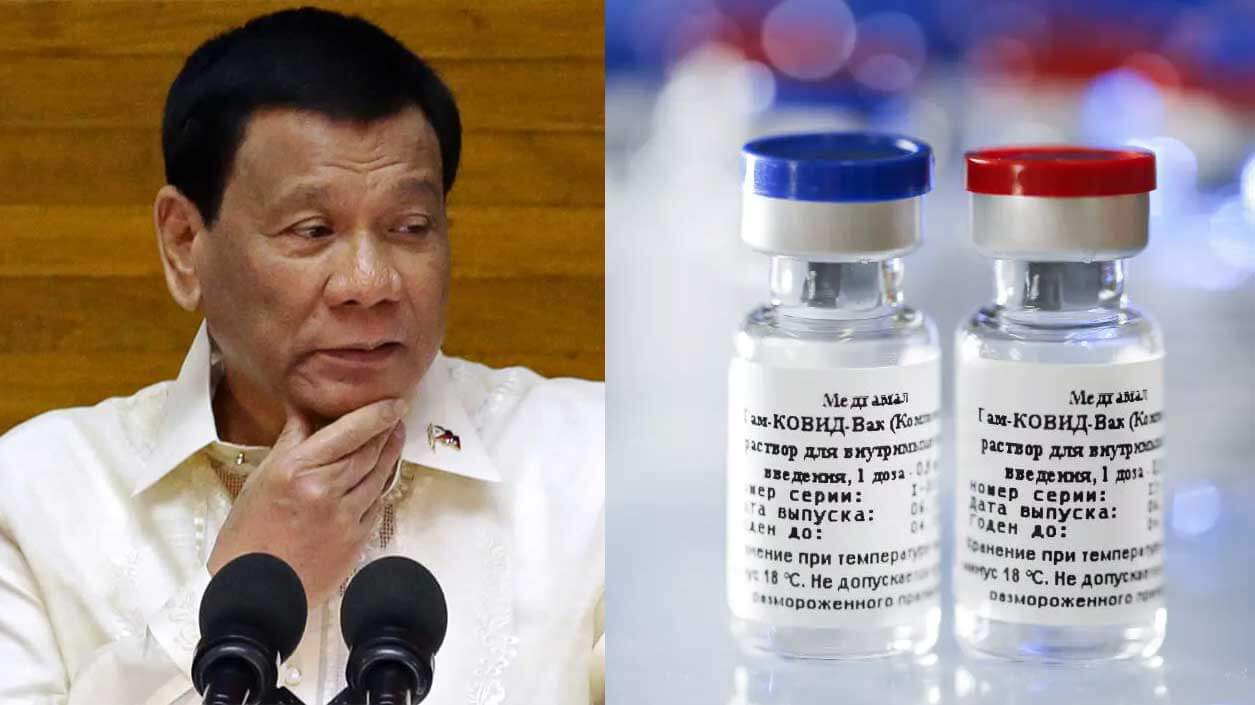 In a televised press briefing, Presidential Spokesman Harry Roque said the injection of anti-Coronavirus vaccine may be administered on the chief executive after its registration with the Food and Drug Administration (FDA) by April 2021.

Earlier this week, President Duterte said he trusts the Russian vaccine, which was co-developed by the Gamaleya research institute and the Russia's Ministry of Defense, and even volunteered to participate in the clinical trial.

The Philippines has scheduled a large-scale human testing beginning this October until March next year.

Authorities in Moscow said the third phase, the final stage of the trial, will involve at least 2,000 people. Health authorities in the Philippines would review the Phase 1 and 2 results from Russia this September.

Reports said the clinical trials will be done simultaneously with Moscow, United Arab Emirates, and Philippines.

Administration critics on social media sites said if President Duterte is a true leader, he should be the first Filipino to be injected with the Sputnik-V anti-COVID 19 vaccine.