Based in University of the Philippines Los Baños, Laguna, DefendUPLB is "an alliance of all student councils, allied institutions, and member-organizations based in UPLB in forwarding Academic Freedom, Civil Liberties and Human Rights."

The group has become very active on social media lately to criticize the government on certain national issues, among which is the Anti-Terrorism Bill.

In its official Facebook page, DefendUPLB's social media manager posted a screenshot with the caption "Death Threat below." 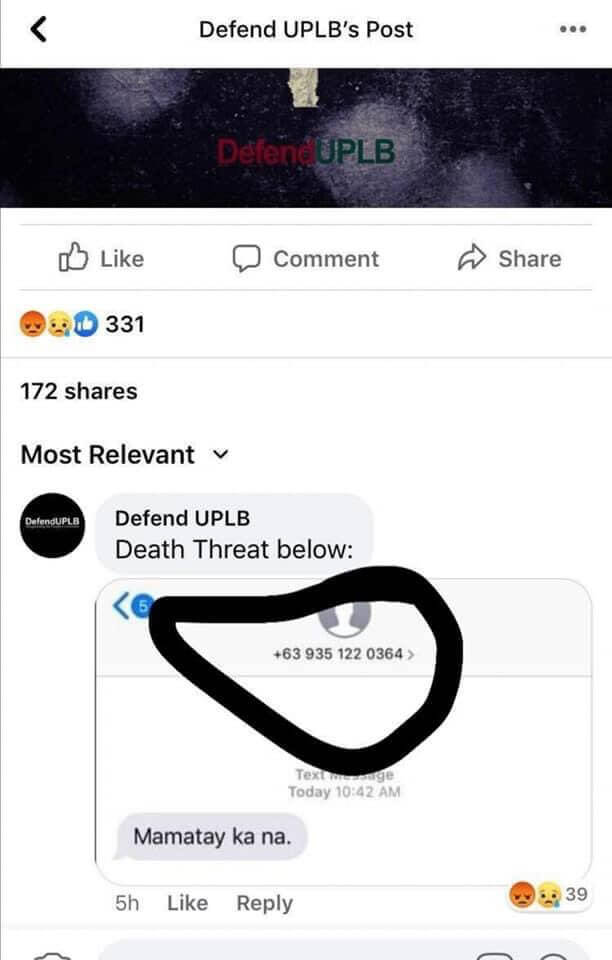 Netizens noticed that the number of the person who posted the supposed death threat was the same number posted by the DefendUPLB's "Citizens Rights Watch" campaign as its hotline. 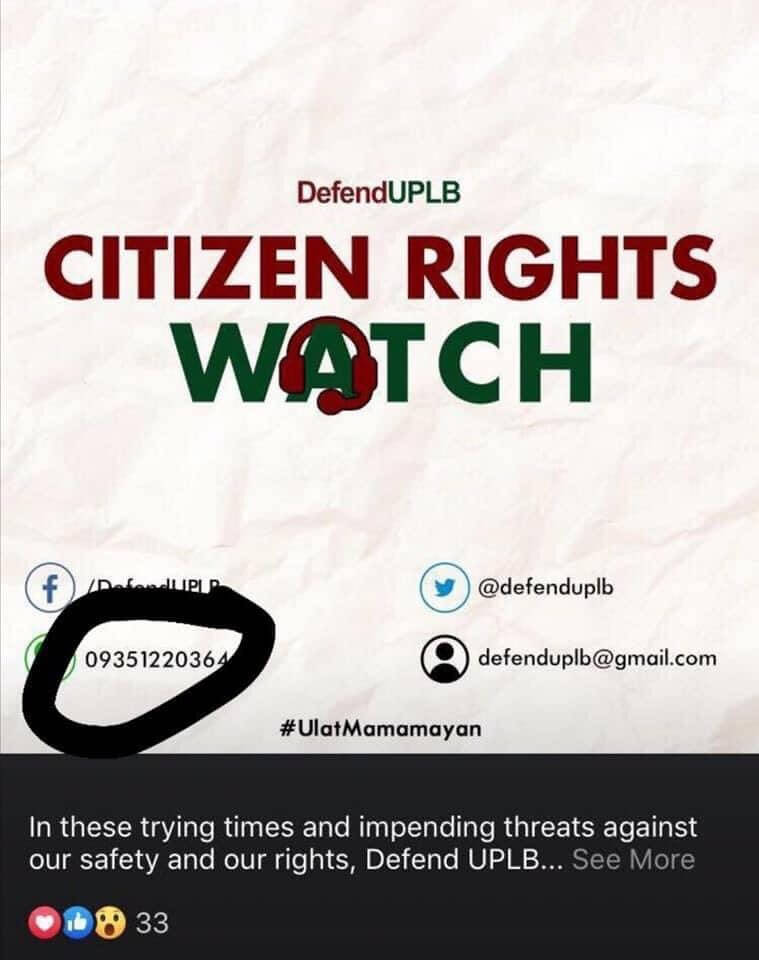 When a certain Carlo Navasero asked why, DefendUPLB claimed that the SIM, which was used in "previous activities and publicity materials" was "disposed last April" and got thrown away and ended up in a "junk shop." 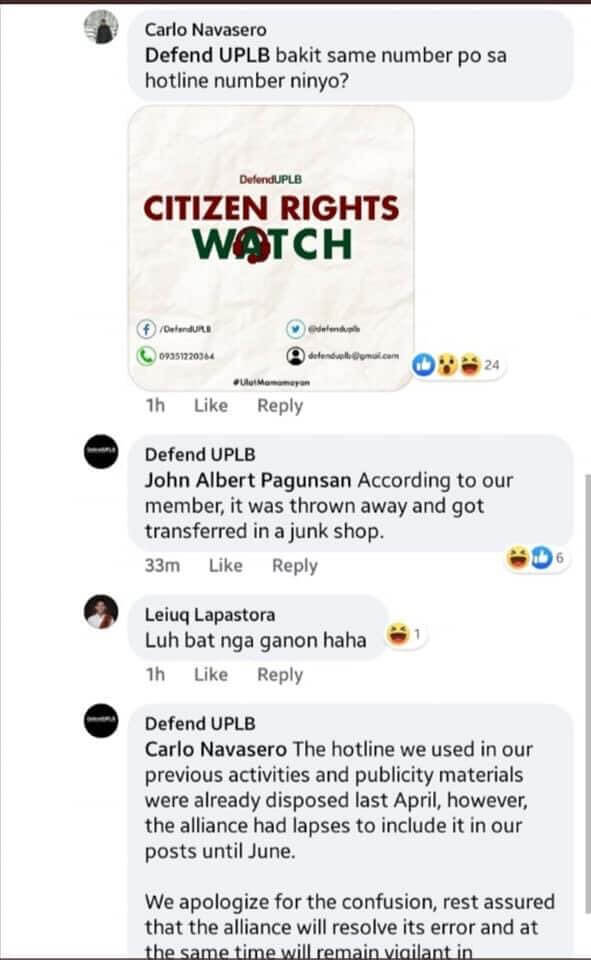 After the incident, the group posted the following "public service announcement" on its page:

In light of the recent incident, DefendUPLB is investing its utmost manpower for further investigations. The post was already taken down to avoid any possible misguided exaction of accountability from whosoever.

DefendUPLB has always been committed in safeguarding the rights of UPLB constituents and the Filipino people at large. That is why, the campaign alliance takes any form of grave threats seriously. All cases that have the consent of the victims were posted publicly to raise awareness and to condemn the instigators of fear.

With this, we deeply apologize that such incident happened in this time when our growing unity must be forwards. Let this not divide us for there are more relevant issues to pay attention to, and greater battles to be won.

Rest assured that DefendUPLB will thoroughly investigate on this case. Feel free to send our page a private message if you have any suggestions. For the time being, we ask for your understanding as we resolve this matter. Thank you very much! 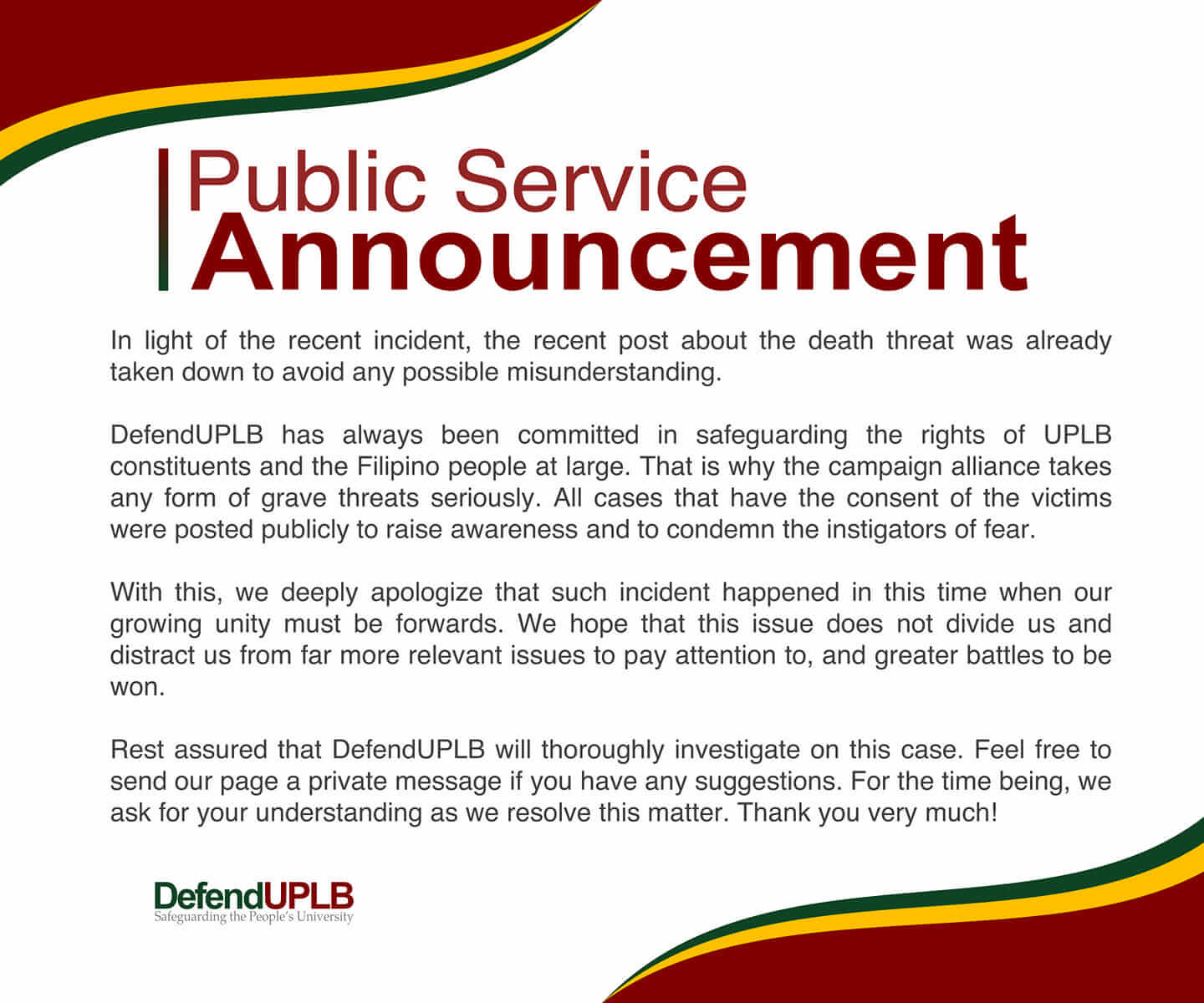 Netizens and social media influencers, many of whom are pro-administration, said DefendUPLB lost its credibility for the apparent fake death threat.