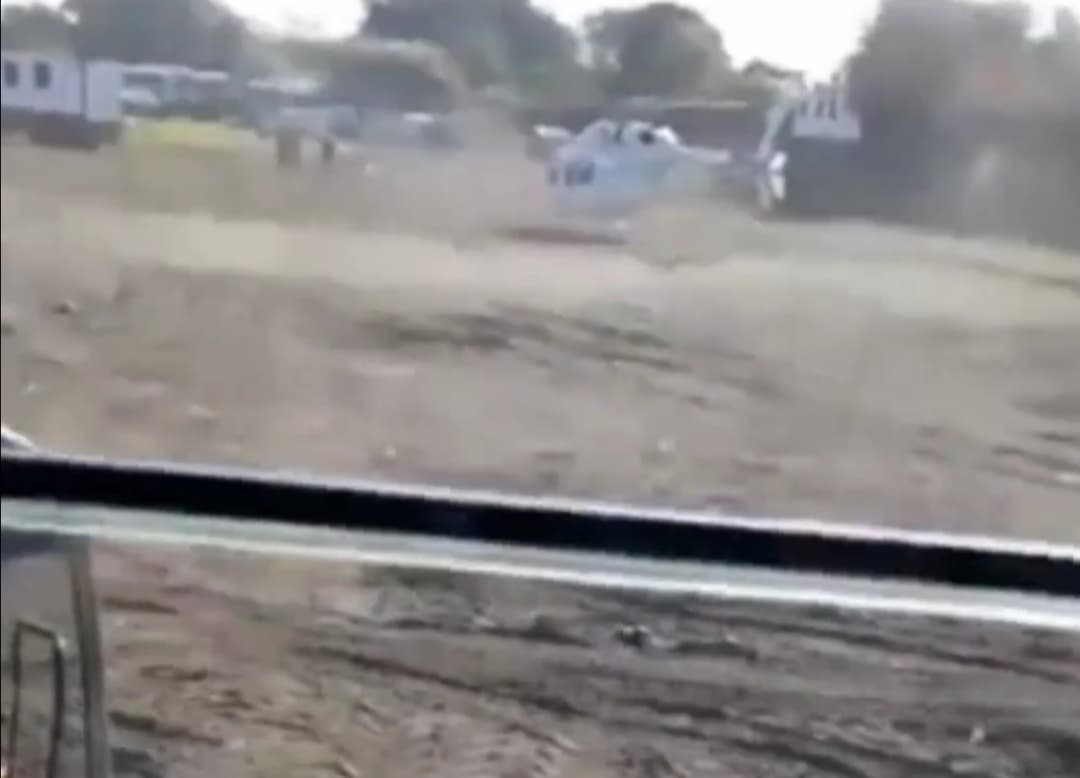 According to the PNP Public Information Office, Gen. Gamboa was with Major Generals Jovic Ramos (comptrollership) and Mariel Magaway (intelligence), PNP spokesman Brig. Gen. Bernard Banac, an aide and the helicopter crew when the accident happened.

It can be seen clearly in the video that the landing and takeoff site was sandy and dusty. Due to poor visibility, the Bell 429 chopper crashed after it got tangled with high tension electrical power lines, witnesses said.

The PNP Chief and his companions were brought to the nearest hospitals for treatment. Gamboa was conscious but Ramos and Magaway were in "critical condition," PNP Community Relations chief Major General Benigno Durana told reporters.

The police officials went to San Pedro to inspect the new impounding compound of the Highway Patrol Group.

Videos show the dusty landing and takeoff site and moments after the crash:

The helicopter pilots were reportedly trained in the Philippines, France and US. PNP Chief Gamboa was said to be involved in the bidding process and procurement of the 2-year-old helicopter that crashed.