DOH: PUIs Who Died In Davao Tested Negative for COVID-19
🔍

DOH: PUIs Who Died In Davao Tested Negative for COVID-19

By Coolbuster
March 21, 2020covid19davaoDOHnews
The two Persons Under Investigation (PUI) who died in Davao tested negative for COVID-19, the Department of Health Region XI confirmed.

In an official announcement posted on Saturday, March 21, the DOH Davao Center for Health Development (DCHD) confirmed that two of the four PUIs who passed away were not infected by SARS-COV2.

The health agency is still awaiting confirmation results of the other two PUIs who died.

Meanwhile, the DOH also revealed that there are two confirmed COVID-19 cases in Davao City.

His 47-year-old wife, PH263, has the same travel history and arrival. Onset of symptoms, colds and body malaise began on March 9, 2020. Specimen collection for both was done at SPMC last March 13, 2020 and sent out to the Research Institute for Tropical Medicine (RITM) on the same day.

The couple are asymptomatic and on strict home quarantine, the DOH said. They will be subjected for re-testing. 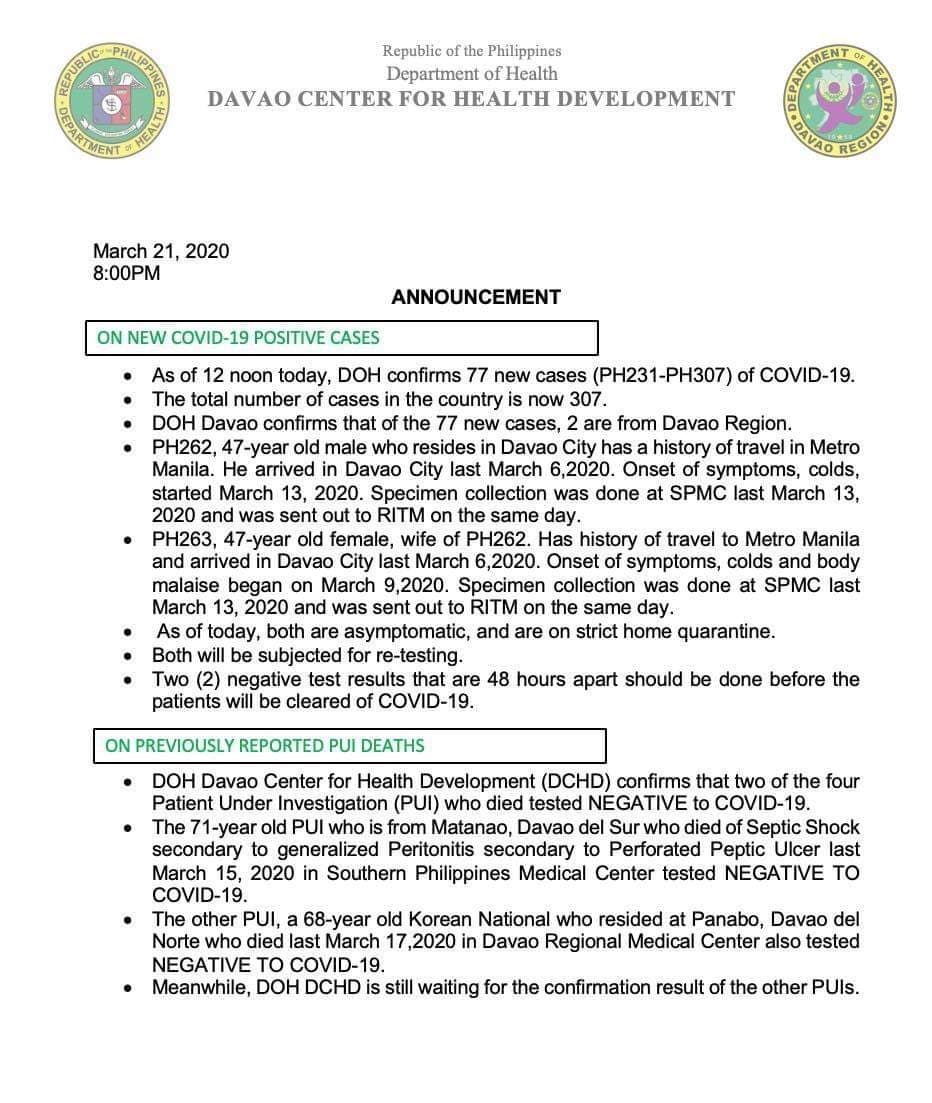