Entertainment blogs broke the news about the controversial video after it caught the attention of netizens on Twitter. Facebook users also got curious about it after several posts asking for download links were published.

Laparan, dubbed as Miss Flawless, was seen filming herself having a private moment inside a bathroom, according to reports. 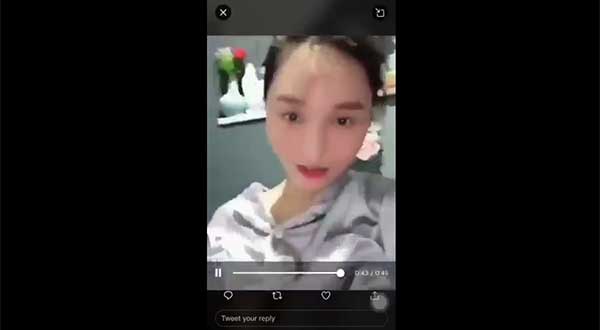 The 21-year-old Frontrow product endorser, however, has been silent about the controversy. She has neither posted a reaction nor an official statement to deny the video that has garnered thousands of views on adult and video-sharing platforms this early February 2020.

Twitter, in particular, has not taken down the video which, as of this posting, remains accessible to and by anyone even without the need to login.

Laparan, who is also the official "paint babe" for A-Plus All-Weather Paint, couldn't be reached for comment, claimed her followers, some of whom cast doubt on the authenticity of the material.

While many said that it was indeed Sachzna in the scandal video, many of her loyal and die-hard fans disagree.