By Admin
January 22, 2020Entertainmentjadinejames reidnancy momolandnewssoulmate
The JaDine breakup is a trending topic on social media today. It is now time to reveal the "real" reason behind the controversial split.

A tipster has found out and shared to us that the third party issue on James Reid and Nadine Lustre's relationship, which dragged Yassi Pressman's younger sister, Issa, is not the cause of the break up.

Citing a Facebook post of a "network insider," the tipster concluded that the real reason behind the JaDine breakup is the upcoming tandem of James and Korean pop star Nancy Mcdonie of the all-girl KPop group Momoland.

Of all the rumors circulating now on why JaDine had split up, the most reliable narrative is with Ricky Lo:

- That James being paired up with Nancy (Momoland member) was such a gamble especially how JaDine fans would take it, and that Nadine was not happy at all with it

- Ricky Lo posted the rumored break up, 2 weeks ago, and that JaDine cannot confirm it (and even denied it as Nadine went furious with Ricky) since they still have a contract engagement to fulfill together as a couple during those days

- Their joint statement last night was being planned ahead

- And that we all need to believe them, that they just need space for each other so that they can grow separately and individually

James and Nancy (JaNcy) are set to star in ABS-CBN/iWant drama romance miniseries "Soulmate" which will be shown soon or within the year. It will be directed by Antoinette Jadaone ('On The Wings of Love', 'Till I Met You') and will be produced by Dreamscape. 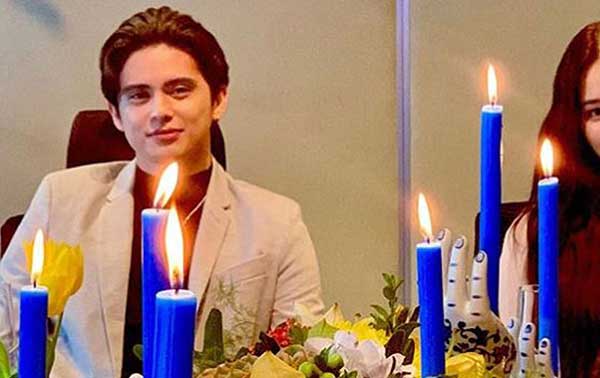 "Soulmate" was supposed to be shown this month but there has been talk that it will be released in time for the Valentine season. It will have 13 episodes and the scenes will be shot in the Philippines and some in South Korea. It is yet to be known whether or not production has already started.

The tipster thinks that JaDine will be back in each other's arms once the show is over.