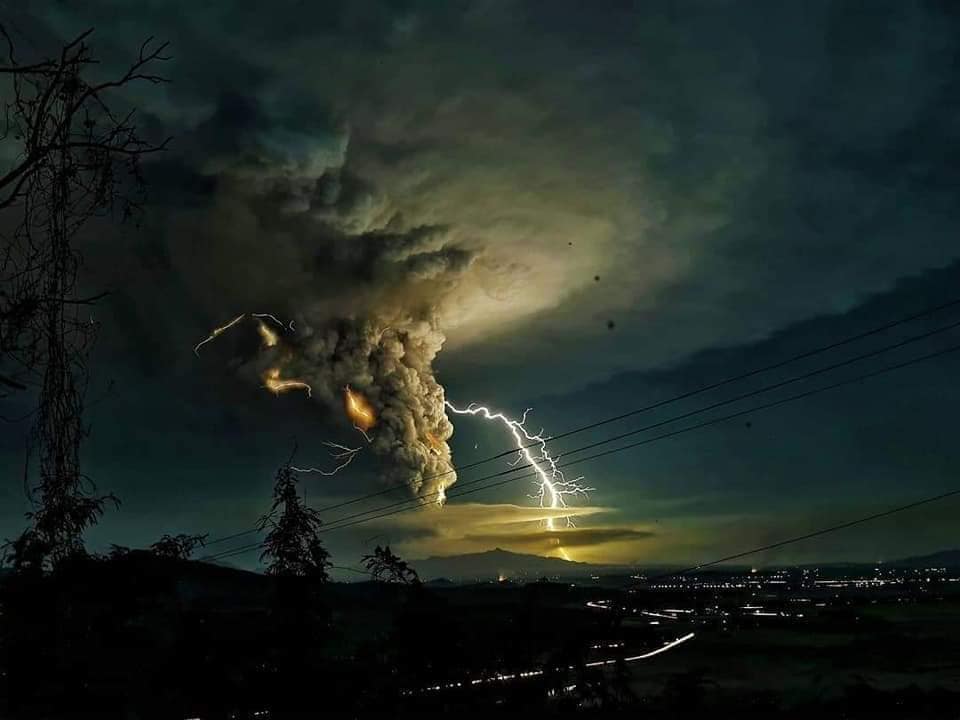 Taal Volcano entered a period of intense unrest beginning with phreatic or steam-driven activity in several points inside the Main Crater at 1:00 PM of 12 January 2020 that progressed into magmatic eruption at 02:49 AM to 04:28 AM of 13 January 2020. This magmatic eruption is characterized by weak lava fountaining accompanied by thunder and flashes of lightning. At 2:00 PM yesterday, booming sounds were heard at Talisay, Batangas.

The Philippine Seismic Network has recorded a total of seventy-five (75) volcanic earthquakes in Taal region as of 5:00 AM, January 13, 2020. Thirty-two (32) of these earthquakes were felt with intensities ranging from Intensity II – V in Tagaytay City, Cabuyao, Laguna, Talisay, Alitagtag, Lemery and Bauan, Batangas. Such intense seismic activity probably signifies continuous magmatic intrusion beneath the Taal edifice, which may lead to further eruptive activity.

Alert Level 4 still remains in effect over Taal Volcano. This means that hazardous explosive eruption is possible within hours to days. DOST-PHIVOLCS strongly reiterates total evacuation of Taal Volcano Island and areas at high risk to pyroclastic density currents and volcanic tsunami within a 14-kilometer radius from Taal Main Crater. Areas in the general north of Taal Volcano are advised to guard against the effects of heavy and prolonged ashfall. Civil aviation authorities must advise aircraft to avoid the airspace around Taal Volcano as airborne ash and ballistic fragments from the eruption column pose hazards to aircraft. DOST-PHIVOLCS is continually monitoring the eruption and will update all stakeholders of further developments.