By Admin
January 14, 2020americas got talentEntertainmentMarcelito Pomoynews
Philippines' Marcelito Pomoy received a standing ovation from the judges and studio audience on America's Got Talent: The Champions.

The Pilipinas Got Talent 2011 winner showed the world his powerful voice while singing Celine Dion and Andrea Bocelli's parts in his own rendition of "The Prayer," his audition piece.

Amazed by his talent, the audience chanted to request for the golden buzzer but AGT judge Howie Mandel said it was too early to press it. 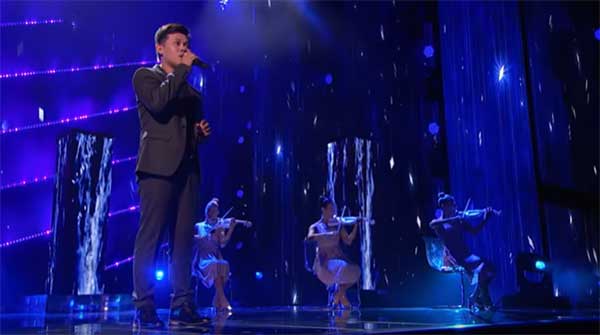 Actor and singer Gary Valenciano, who worked with Pomoy on the weekend variety show ASAP on ABS-CBN, admitted in a tweet that he was brought to tears because of his co-singer's performance. Other netizens said they also felt goosebumps.