By Admin
August 26, 2019newsvideoviral
A video that went viral on social media this week shows a taxi driver in the Philippines attacking a traffic enforcer during an argument.

Facebook user Rommel Timbol Fajardo, who happens to be the traffic enforcer, uploaded on Friday the video taken by a concerned citizen and said that he was responding to a commotion along EDSA caused by a taxi driver who bumped a motorcycle rider when the incident took place.

Fajardo said the taxi driver went mad, hurled insults and went back to his vehicle and tried to hit him and the involved rider.

As of 8 a.m. on Monday, August 26, the viral video already garnered more than 170,000 views and 1,000 reactions and over 2,000 shares from netizens. In one of the comments, another traffic enforcer said the taxi driver has been detained following the road rage.

Fajardo, on the other hand, said that relatives of the taxi driver claimed that the latter suffers from a "chronic mental disorder." 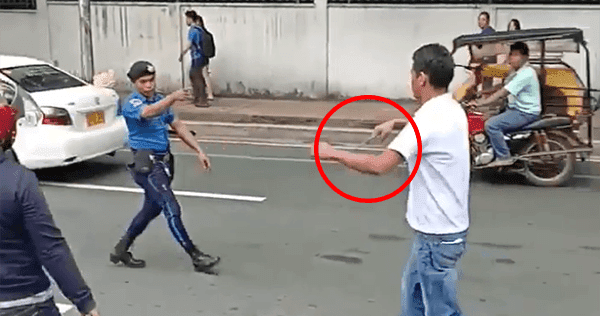