By Admin
August 28, 2019newstrending topicviral
The driver saw him headless while riding the jeepney on the way to his destination. Exactly three years later, the teen from Davao died.

He said he was riding a jeepney with a route to Buhangin when he noticed that the driver was staring at him on the center mirror. After the other two remaining passengers boarded off, he said the driver removed the route signages and drove off to a different direction.

Delacruz asked why and said he wanted to get off the jeepney but the driver did not mind him. He got nervous but tried to calm himself down until they reached Torres Street. Before he got off, the driver told him:

"Hey, my apologies if I dropped you off far away from your destination. I changed the direction because I saw on the mirror that you were headless. Burn all the clothes you are wearing now and pray."

In his post, Delacruz said he always thought about what the driver said but did not follow his advice. On July 26, 2019, he passed away due to lung cancer and was laid to rest on the same location where he had a photoshoot with his friends. 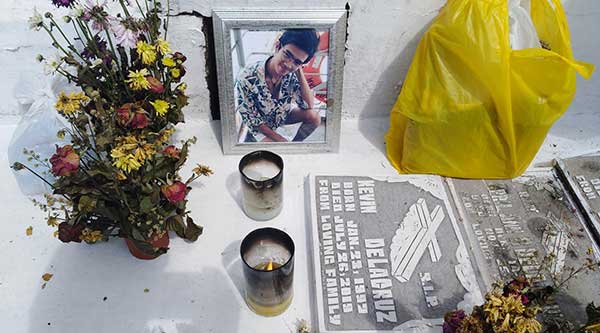