By Coolbuster
May 14, 2019alvin borbonbrix calamontenewspaycheck
Alvin Borbon, the president of Paycheck, an online investment scheme popular in Mindanao, has revealed that the company lost P13 Million.

In a chat group conversation, an "elite leader" asked why Paycheck was not able to make payouts to members who have encashed their income. Borbon replied that he and the company's chief operating officer will discuss about the loss and their plans to address the problem. 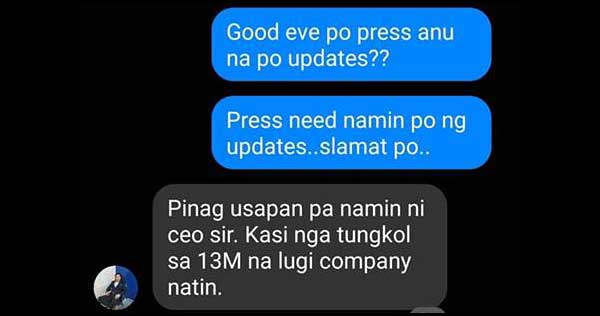 Paycheck has been accepting via bank-to-bank transactions pay-ins for a minimum of P1,000 for one account up to a maximum of fifteen (15) accounts, or P15,000, as initial capital or add-on since they started last year. The company was launched in October 24, 2018 and went on a full blast operation last February 28, 2019.

Borbon blamed the loss to their IT, saying that the company's Information Technology personnel "intentionally ruined" the system to "promote" a rival investment company called "Paymax."

Months ago, a top leader said Paycheck lost more than P4 Million due to over-payment. Apparently, it happened when payments for one-leg and two-leg rewards based on the Compensation Plan (ComPlan) were allegedly doubled on the system. Disabling of encashments and payout delays followed. Borbon and Calamonte also decided to block Paycheck members who joined other companies.

Based on chat conversations, angry and impatient Paycheck members said they are now planning to seek help from broadcast personality Raffy Tulfo. Others planned to bring the issue to the National Bureau of Investigation (NBI) or the Philippine National Police (PNP) - Criminal Investigation and Detection Group (CIDG).

Meanwhile, some leaders said they were told to hold accepting pay-ins until further notice from management. 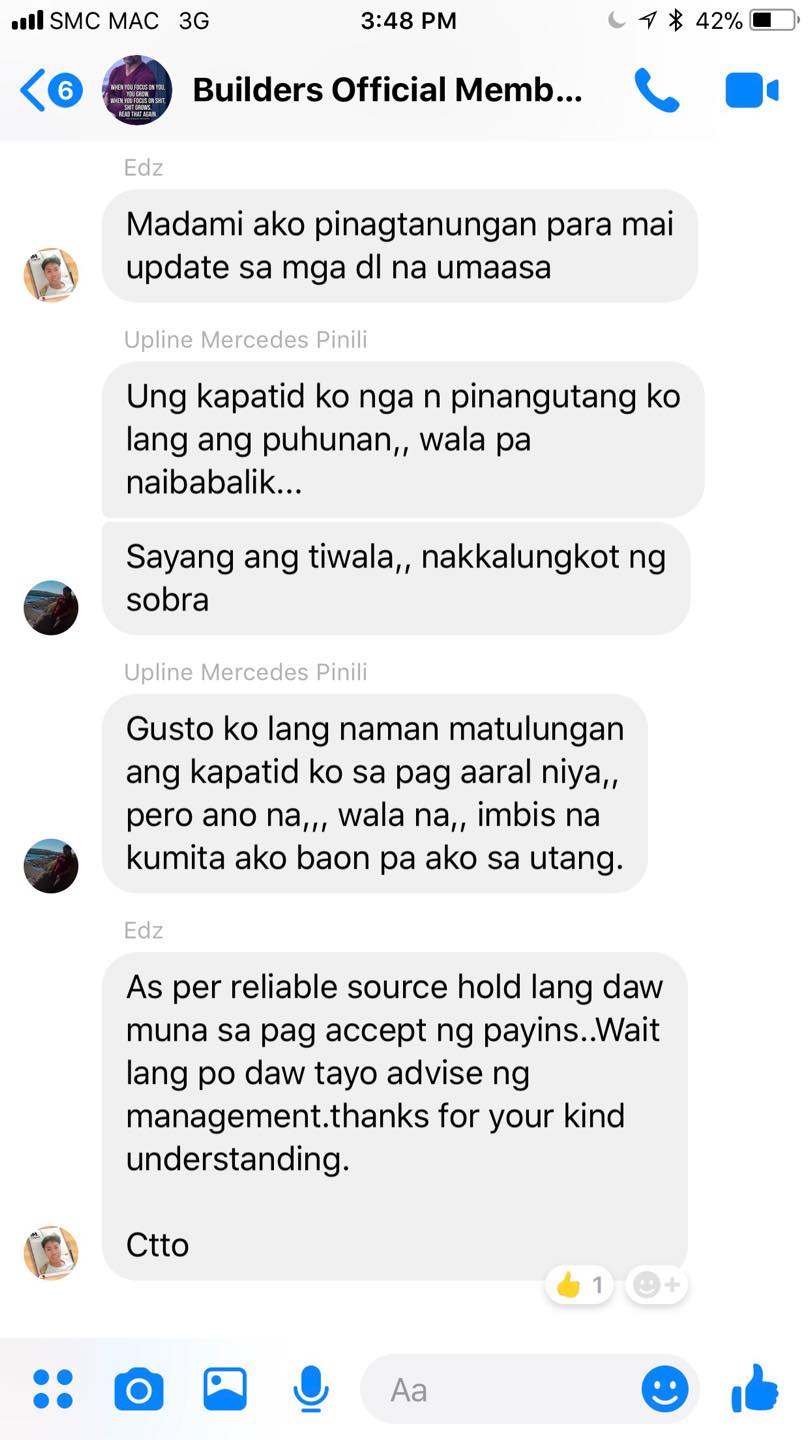