By Admin
July 23, 2018newspresident dutertereplay videosona 2018state of the nation address
Posted here is the replay video of the 3rd State of the Nation Address (SONA) by President Rodrigo Duterte on Monday, July 23, 2018. 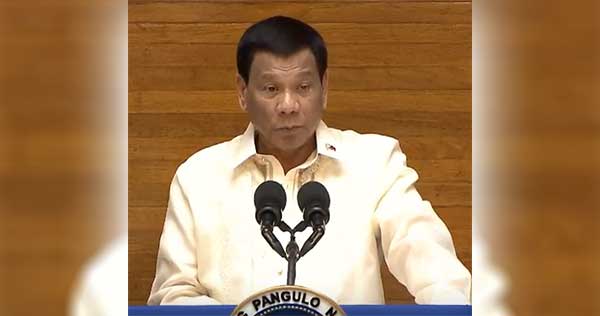 The SONA 2018 speech of Duterte was delivered during the Joint Session of the 17th Congress at the Session Hall of the House of Representatives Complex in Constitution Hills in Quezon City.

According to RTVMalacañang, around 3,000 guests composed of former Presidents, members of the Senate and House of Representatives, Supreme Court Justices, Cabinet Secretaries, the diplomatic corps, heads of Constitutional Commissions, key officials of the Armed Forces of the Philippines (AFP) and Philippine National Police (PNP), other national government officials and invited guests attended the historic event.