VIRAL: Stickers with Duterte's face in UP Diliman urinals?

By Admin
June 08, 2018newsphotospresident duterteUP Dilimanviral
Photos showing stickers with President Rodrigo Duterte's face in the urinals at the University of the Philippines in Diliman, Quezon City, have gone viral.

John Rufinel Samonte Sagun, a member of the UP Ugat - Ugnayan ng Manunulat according to his Facebook profile, posted the pictures on Tuesday afternoon, June 5.

He said he was inspired to pee all the time at the Palma Hall comfort room. 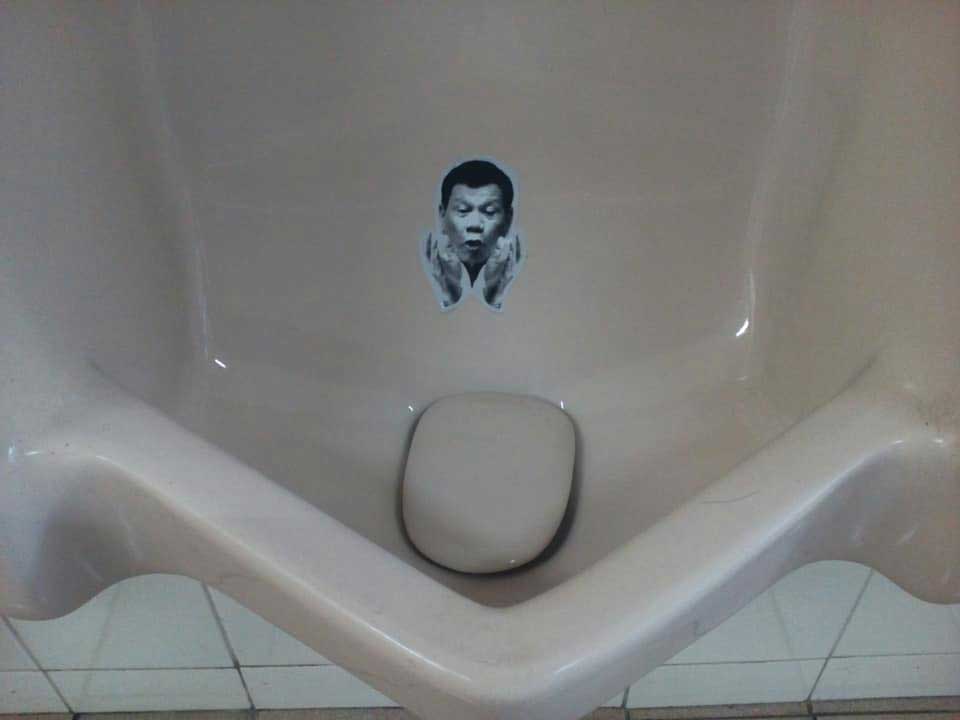 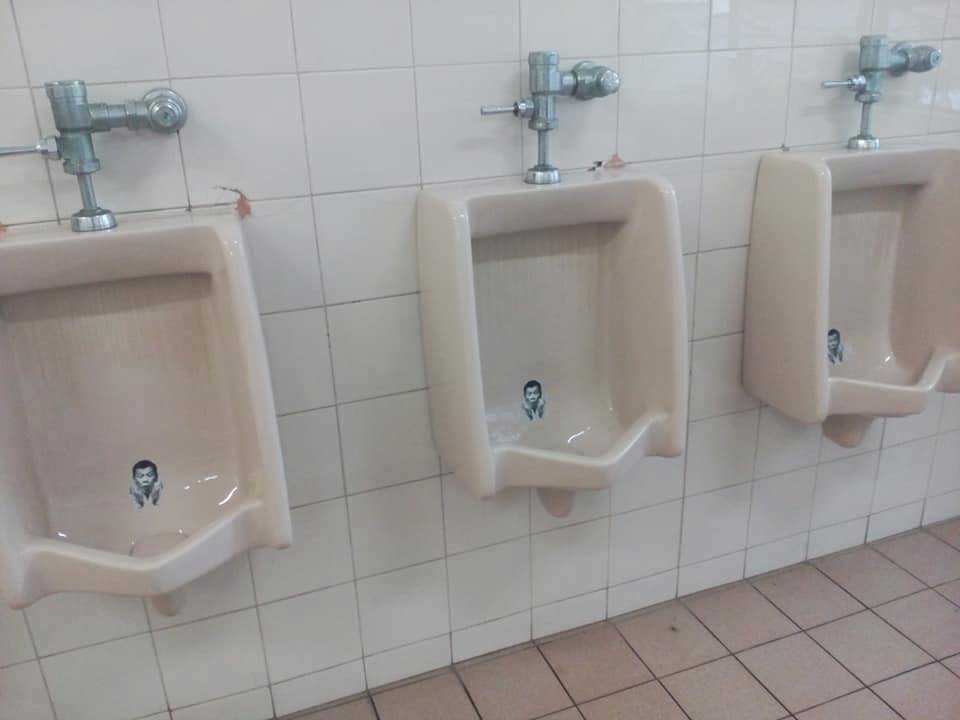 Just as the photos quickly spread on social media sites like wildfire, pro-Duterte netizens criticized the uploader as well as the students of UP Diliman particularly those who are against the current administration, calling them "disrespectful" to the President and branding them as "communists."

Some even called for the government to scrap the annual budget for the institution.

However, a few FB users commented that the stickers were "photoshopped." The observation was not independently verified.

Sagun's post already garnered over a thousand shares and reactions combined while the ones shared by a Facebook page got tens of thousands more as of Friday morning, June 8, 2018.

Malacañang has yet to speak about the viral photos of stickers with President Duterte's face in UP Diliman urinals.