By Admin
May 04, 2018newsphototrending topicviral
A female customer slapped a worker of Gaisano Mall in Tagum City after she was not allowed to leave her groceries at the baggage counter.

The baggage counter was already closed when the customer arrived to deposit the items she bought, according to a post shared on Facebook.

Angry because she was barred from doing so, the customer got mad and slapped the poor mall employee who, according to netizens, was about to go out to eat her meal. 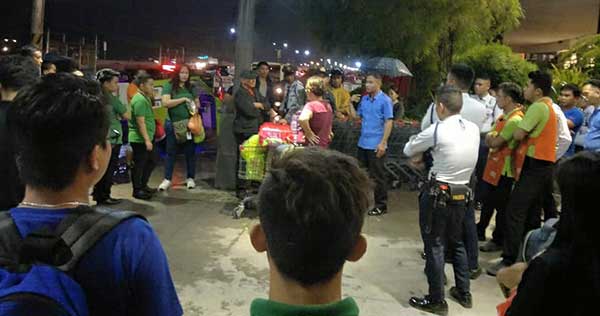 The incident prompted the mall's security guards to put the customer in custody while they call the police as the worker was determined to file a formal complaint against her attacker, the source wrote.

When cops arrived, they told the customer to come with them for an interrogation at the precinct but she refused. The customer allegedly uttered unpleasant words which started a slight commotion at that part of the establishment.

Both the names of the customer and the mall worker were not disclosed for privacy reasons. The update on the slapping incident is yet to be known.