By Admin
March 12, 2018Billy CrawfordColeen Garcianewsphotosprenupshowbizviral
The prenup outfit of Showtime host Billy Crawford became a laughing stock online after it was compared by a netizen to her mom's bag.

The comparison photos immediately went viral on the social media site as it, according to netizens, give them "GV" (good vibes) and make them "OJ" (overjoyed). 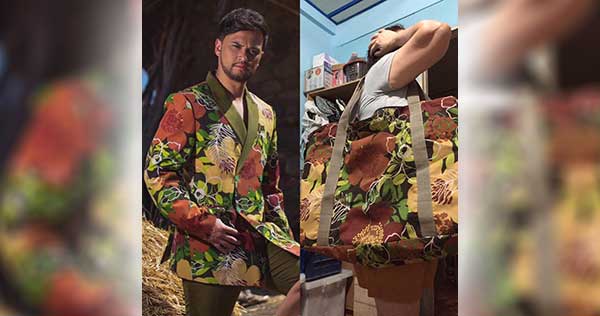 The pre-wedding photos of Billy and his wife-to-be, actress Coleen Garcia, which were shot in Ethiopia, have been labeled as "racist" because according to critics and bashers, these were "offensive" as they used locals as props.

In a joint statement sent to ABS-CBN, the couple insists that the pictures are not offensive.

"It's unfortunate how it was taken out of context. It's far from what we intended. We were invited and sponsored by Ethiopian Airlines to do our shoot there for their tourism and capture their natural environment because we were told that tourism helps their economy. That's why we were in Ethiopia," they said.

"We had a local guide present throughout the entire duration of the shoot and leisure time in Ethiopia. He took us around and made suggestions for the shoot, such as including the priests of Lalibela in our photos because they want people to see. We based our layouts off of some of their suggestions," Billy Crawford and his fiancée added.