By Admin
February 19, 2018facebooknewstrending topicvideoviral
A video that has gone viral on Facebook caught a nanny cursing and yelling at a baby while the parents went out for a Valentine date.

In a post on Friday, February 16, Tacloban City resident Wayne Dominique Arante Uyvico said they discovered through a surveillance video that the nanny has been hurling harsh words and threats to their child.

He advised fellow parents to check the personal background before hiring a person to take care of a loved one.

REPRIMANDING the child does not mean it's abuse but the question is are they reprimanding my daughter?

My wife and I went out to celebrate valentines day. It's our first time this year to leave our daughter with her nanny and go home at almost 2am. Lately, we just knew that this is what happens every time we leave her alone with our daughter.

Using harsh words is considered a form of emotional abuse. Yelling is as bad and sometimes even worse than physical abuse.

I know this wouldn't seem that much abusive to some people out there but for us (parents) it is. Verbal discipline is okay but in the way you yell and curse at the child and verbally threaten to hurt the child is a kind of abuse.

To those who stands as a second parent please handle the child with care and to those parents who are hiring nannies for their child better to know the nanny's background first.

The identity of the nanny who got caught on video cursing and yelling at their baby was not disclosed. 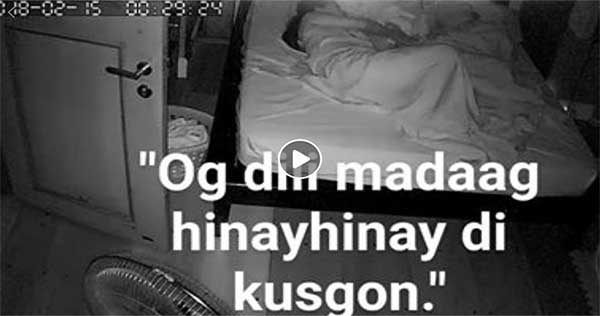