Forecasters said the Low Pressure Area (LPA) East of Hinatuan, Surigao Del Sur, has developed into a tropical depression and was named Vinta.

At 4PM today, PAGASA posted that the eye of Bagyong Vinta 2017 was spotted 735 kilometers East of Hinatuan, packing maximum sustained winds of 45 kilometers per hour near the center and gustiness of up to 60 kph. It is moving West at 20 kph. 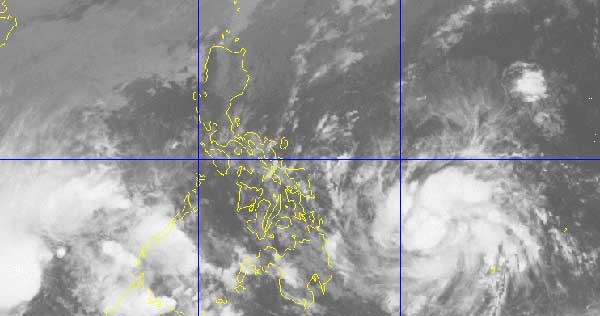 Impacts of the wind, according to PAGASA:

Bookmark and visit this page often for more news and weather updates on Bagyong Vinta 2017.