3 kids die as fire razes house padlocked by their father

By Admin
November 24, 2017iarticlenewstrending topicvideoviral
Three children died when fire razed their house, which was padlocked by their father, in Barangay Felisa, Bacolod City, Thursday afternoon.

The incident occured past 5 p.m. on November 23, 2017, according to a news report on Facebook.

Bombo Radyo Bacolod reported that the house made of light materials was owned by Agerico Diloy Sr. who was not around when the fire broke out. His children (2 boys and a girl) were not saved.

Working as a barangay tanod, the father left the kids at home to report for duty, but he padlocked the door. The victims' mother is an overseas Filipino worker in Dubai, United Arab Emirates, the report stated.

During an interview, the father said he was on his way home bringing food for his children when the incident happened. He felt remorseful for what he had done after knowing that his children were already dead.

An investigation is being conducted by the Bureau of Fire Protection to find out the cause of the fire. 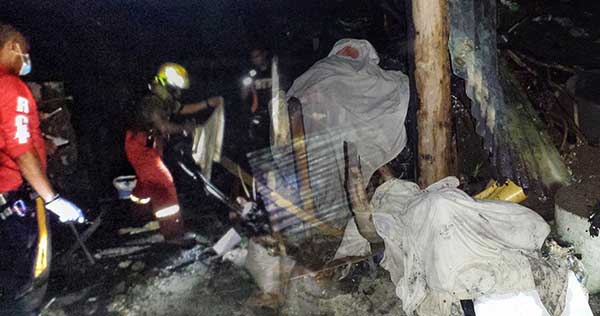