By Admin
October 18, 2017iarticleliza soberanomovienewsshowbiz
Liza Soberano will start her stunt training for the much-awaited "Darna" movie, the Kapamilya star revealed in an exclusive interview.

"I will be shooting I think for Darna soon. So far continuous yung pag-gy-gym ko kaya lang medyo nahinto last week because I've been taping Bagani again. But as soon that's finished, I will go back to the gym again and we are going to start stunt training and different trainings," the 19-year old actress and commercial model told Push.

Liza began hitting the gym in May this year after it was official announced that she will portray the Filipina superhero in the movie to be produced by Star Cinema. "La Luna Sangre" star Angel Locsin was first slated for the iconic role but a spine injury forced her to back out.

The teen star is currently working on "Bagani," a series to be aired on ABS-CBN in 2018.

While Liza reportedly said that cameras will start rolling for "Darna" soon, the release date of the upcoming movie to be directed by Erik Matti has yet to be released. 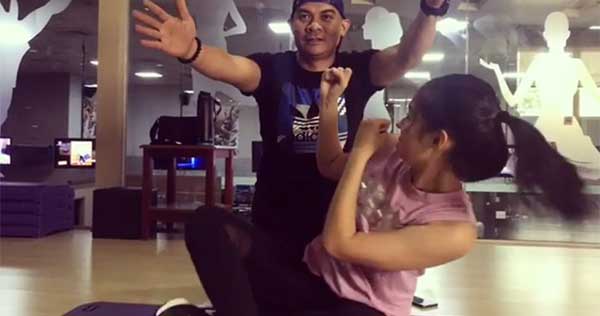