By Admin
October 12, 2017iarticlenewstrending topic
Commission on Elections (Comelec) chairman Andres Bautista was impeached by the House of Representatives on Wednesday, October 11, 2017.

The poll chief was impeached hours after he announced his resignation by the end of this year. More than one-third of the House rejected the justice committee's recommendation that dismissed the complaint filed against him by lawyer Ferdinand Topacio of the Volunteers Against Crime and Corruption (VACC) and former Negros Oriental Representative Jacinto Paras.

A total of 137 congressmen voted for the impeachment, 75 voted against it, while 2 abstained.

Bautista, who was named in 2010 by former president Benigno Aquino III chair of the Presidential Commission on Good Government (PCGG), the agency tasked to go after the ill-gotten wealth of the Marcos family, and in May 2015 as head of the Comelec, made history by being the first chairman of the poll body to be impeached.

Insiders from the HoR reportedly said that Congress leaders allegedly gave the Comelect chair until 4 p.m. of October 11 to tender an immediate resignation but he "caught the ire" of congressmen after announcing that he would leave his post by the end of the year. This allegedly prompted House members to hold a caucus and move to impeach Bautista, news site Interaksyon reported.

Justice Committee chairman Rey Umali told CNN Philippines that a hearing is set for next week to work on the Articles of Impeachment and come up with a strong case to be presented at the Senate, which will convene as an impeachment court probably in November at the earliest.

Last August, the Comelec chair's estranged wife Tish submitted an affidavit to the National Bureau of Investigation (NBI) to reveal that her husband allegedly has unexplained wealth. It happened after she reportedly told President Rodrigo Duterte her discovery of several passbooks as well as bank and real property documents under the name of Bautista and some of his relatives which were not included in his 2016 statement of assets, liabilities and net worth (SALN). 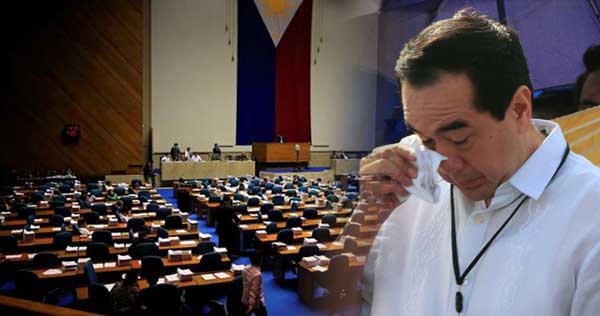