By Admin
February 23, 2017livenewstrending topicvideo
Watch this live Facebook video of the CIDG arrest of Senator Leila De Lima after the Regional Trial Court of Muntinlupa issued a warrant.

"After a careful evaluation of the herein information and all the evidence presented during the preliminary investigation conducted in this case by the Department of Justice, Manila, the Court finds sufficient probable cause for the issuance of Warrants of Arrest against all the accused Leila M. De Lima, Rafael Marcos Z. Ragos and Ronnie Palisoc Dayan," reads the arrest order issued by Presiding Judge Juanita Guerrero of RTC Branch 204 on Thursday, February 23.

De Lima is facing 3 drug-related cases in violation of the Comprehensive Drugs Act of 2002, a non-bailable offense that is punishable with reclusion perpetua or life imprisonment.

At a press conference at the Senate building, the embattled lawmaker said she will not evade arrest and plans to surrender on Friday.

However, an arresting team composed of police officers from the Criminal Investigation and Detection Group decided to serve the arrest order at De Lima's residence Thursday night.

Here's the live videos courtesy of News5 and PhilStar: 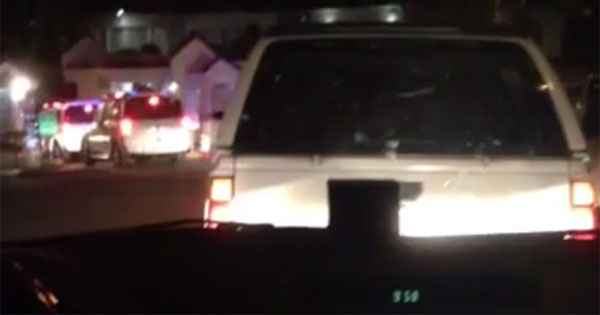 PART 2: CIDG convoy on the way to serve warrant of arrest to Sen. Leila de Lima for allegedly violating the Comprehensive Drugs Act of 2002. | via Cecille Suerte Felipe

UPDATE: The warrant of arrest has been served to De Lima at the Senate at 8 in the morning on Friday.