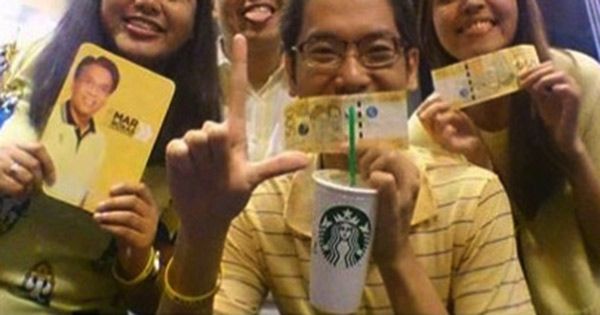 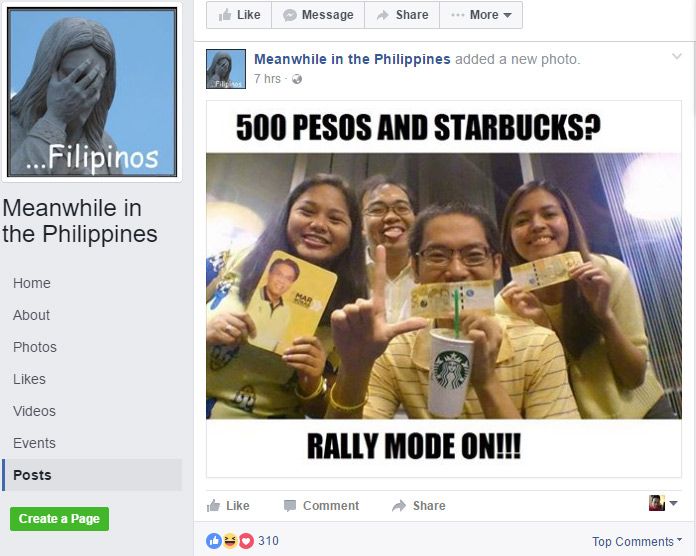 YES, if photos circulating on social media are to be believed.

Reports said majority of the protesters present at the People Power Monument on Wednesday, November 30, were mostly young people coming from schools and universities such as De La Salle University, University of Santo Tomas, and St. Scholastica's College.

Millenials and their fellow protesters held the Duterte administration accountable for the "sneaky" burial of the late ex-president. They also recalled the human rights violations and crimes committed during Martial Law and vowed to fight "historical revisionism."

But what happened after the rally? The millenials and other protesters were allegedly given P500 cash and free Starbucks coffee. Proud and unable to contain their happiness, some of them apparently bragged about it by posting selfies and grouphies on Facebook.