By Admin
November 12, 2016newsscandalvideoviral
Did Claire Marielle Miralo, the girl in the 'RapBeh' scandal video that went viral on social media, commit suicide and die? Here's an update.

A Facebook account named after Claire, who was filmed by their friends while having sex with her boyfriend, insisted that she was just a victim and claimed that their buddies mixed something in her drink that made her dizzy.

Regretful for the "sin" she committed, the post says Claire was asking for forgiveness from her parents, relatives and everyone who were hurt and affected.

The post says Claire is depressed and has deactivated her account due to online bullying and bashing. She also threatened to file charges against those who uploaded and shared the scandalous video including the owner of the RBreezy Facebook page. 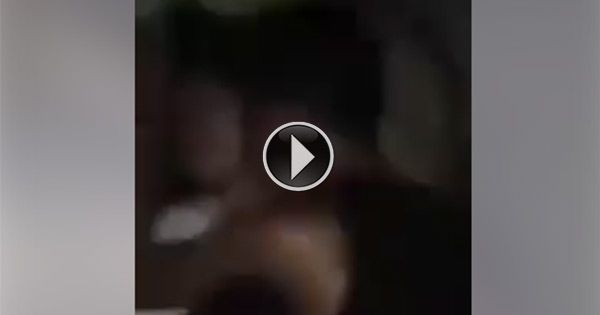 An hour later, the account created by someone who claimed to be Claire's friend posted an apparent bad news from a certain "Tita Pearl" who allegedly sent a private message indicating that Claire passed away after being borught to the hospital. 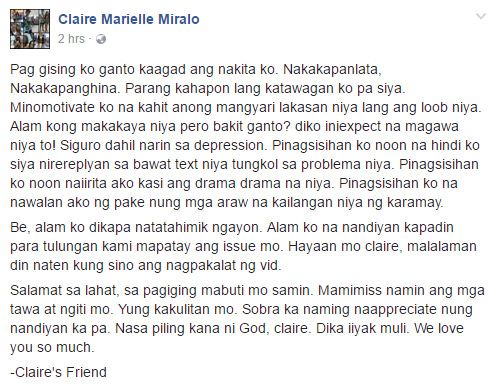 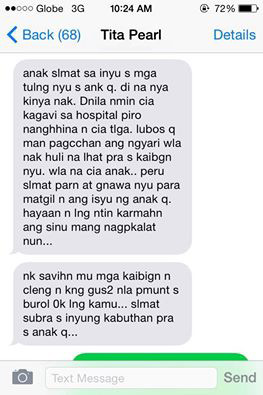 However, Claire's uncle Jhon Peter Santos refuted the claim saying that his niece is alive and staying in Angeles, Pampanga. He urged netizens who got the video to delete it and to stop circulating rumors about her supposed death.

Santos assured Claire of their love and support and even vowed to hold those involved in the scandal accountable.

His wife, Anne, insisted that Claire is just a victim and clarified that she is not dead, contrary to what has been making rounds on social media and blogs. 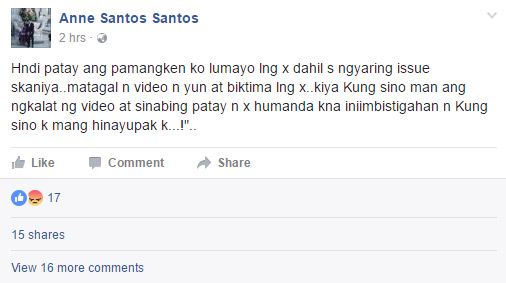