WATCH: The Duterte Effect in The Streets of Manila

By Admin
October 02, 2016newspresident dutertevideoviral
The Duterte Effect in The Streets of Manila, a video anti-Duterte forces don't want the public to see, must reach the international media.

Released via social media over the weekend, the 7-minute documentary features news clips, excerpts of speeches from and pronouncements made by the President, as well as real testimonies from public officials and ordinary citizens.

Watching the video makes us compare the huge difference in the peace and order situation in the streets of Manila before and during the current administration and lets everyone realize the positive effects of Duterte's war against illegal drugs.

The video was posted Saturday on Facebook by dance group leader Mocha Uson who urged Filipinos to share so it can reach members of international media for them to know the truth about what is really happening in the Philippines at present. 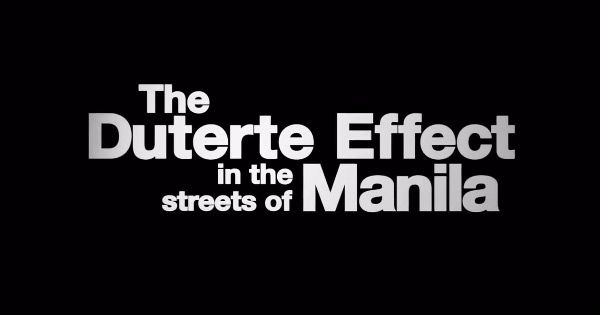