At 5 a.m. today, weather forecasters said the tropical storm has further intensified as it continues to move in a West-Northwest direction.

The eye of Karen was spotted 335 kilometers East of Virac, Catanduanes, packing maximum sustained winds of 75 kilometers per hour near the center and gusts of up to 95 kph. It is moving West Northwest at 13 kph. 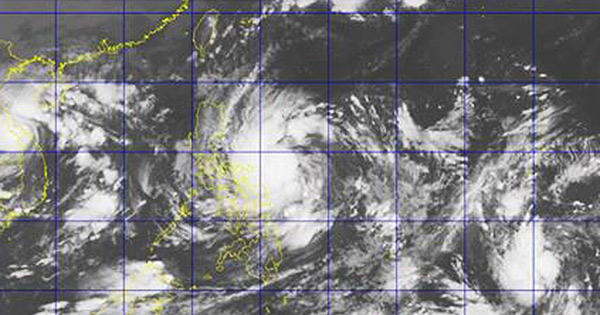 Tropical cyclone warning signals have been raised in some areas.


PAGASA said the estimated amount of rainfall is from moderate to heavy within the 400 km-diameter of the tropical storm.

Fisherfolks and those with small seacrafts are advised not to venture out over the eastern seaboard of Central and Southern Luzon and over the northern and eastern seaboards of Eastern Visayas. 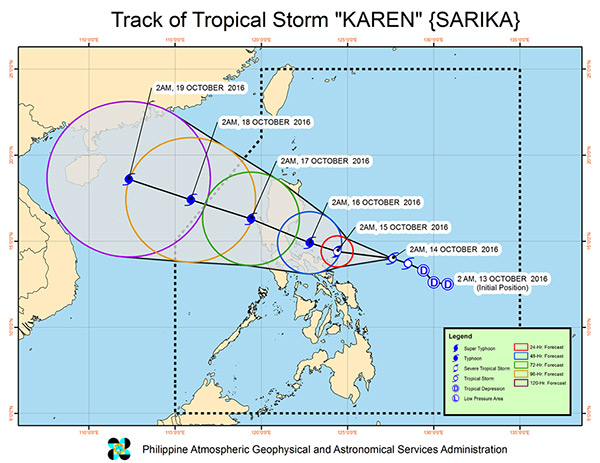