By Admin
October 12, 2016news
An explosion in Bocaue town, province of Bulacan killed one person and injured at least 10 others, a TV report said on Wednesday.

In a phonepatch interview with Balitanghali on cable news channel GMA News TV, Sr. Inspector Renante Batchine of the Bureau of Fire Bulacan confirmed the number of casualty and injured victims of the blast.

The BFP official said the explosion happened in one of the four firecracker stores in an isolated area in the municipality before a fire occured. Firefighters raised the alarm to level 4 before noontime.

Batchine clarified that the cause of explosion is yet to be known. The identities of the victims were also not disclosed.

Relevant photos and videos on social media showed thick smoke coming from the blast site and the extent of damage to properties. 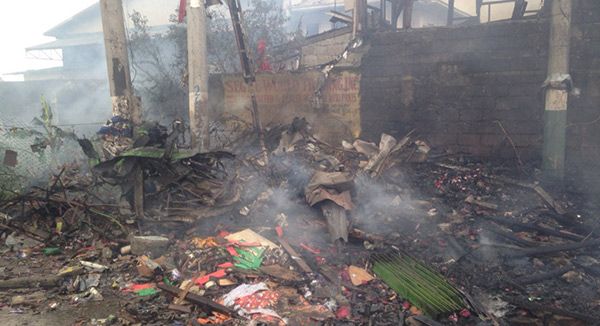