By Admin
September 02, 2016michael jacksonnewssocial mediavideoviral
A talented senior citizen captured netizens' hearts with his dance moves ala Michael Jackson in a viral video with over 3.5 million views.

The elder, whose name remains unknown, did not mind dancing alone on stage during what appears to be a special presentation for a town fiesta celebration as long as he enjoyed the moment.

The video taken by one of the spectators captured him doing the signature moonwalk of the late King of Pop and some breakdance steps from the 80's.

The footage was first published on YouTube earlier in August but generated more attention this month after being reposted on Facebook where it drew positive reactions.

Netizens, many of whom believe that he used to perform as a dancer in his prime, gave the man of the hour a thumbs up as they admired him saying he still got the moves despite the old age.

As the latest online sensation shoots to fame, a female Facebook user asked for his identity with high hopes that she can invite him to visit their house because he dances like her grandpa. 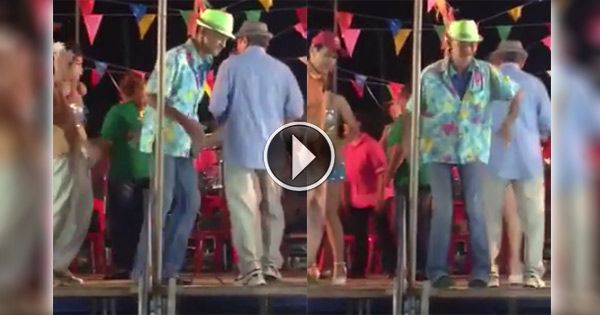