By Admin
September 30, 2016newsphotovideo
A sworn affidavit of convicted kidnapper and car thief Jaybee Sebastian and photos of him being confined in a hospital have been released.

News5 aired a video showing pictures of the high-profile inmate having a bed rest while being admitted in a medical facility and his signed affidavit containing his version of the story regarding the recent stabbing incident at the New Bilibid Prison in Muntinlupa. 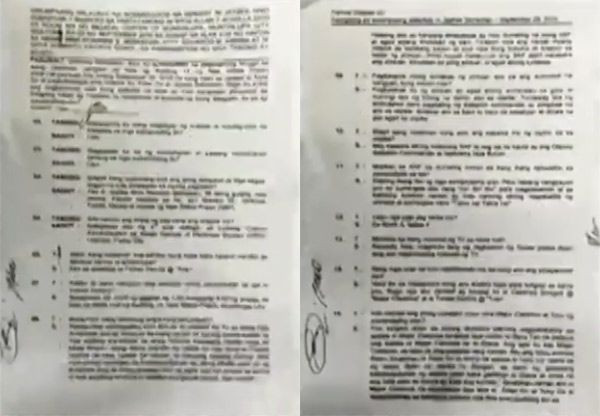 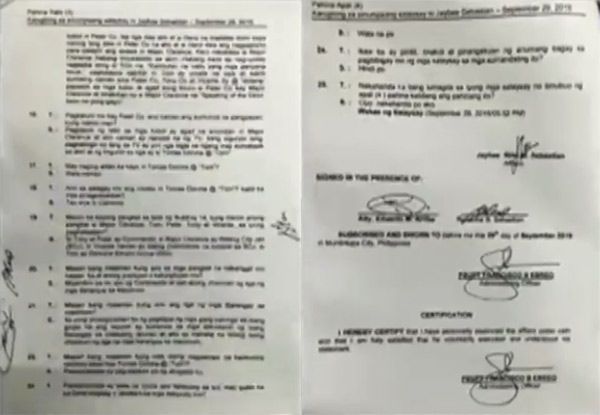 Sebastian was among those stabbed during a riot at Building 14 of the maximum security compound last Wednesday, September 28, which left three others wounded and Chinese drug lord Tony Co dead.

The Sigue-Sigue Commando gang leader reportedly said he was sitting on a rocking chair while watching TV when he was stabbed with an ice pick by a certain Tomas Donina, who is close to former police major Clarence Dongail, the inmate who was allegedly attacked by Tony Co for confronting the latter not to have a shabu session in their quarters.

Sebastian, who denied that shabu was involved and has caused the riot, earlier expressed willingness to tell everything he knows to President Rodrigo Duterte. However, the chief executive on Friday refused to have a meeting with him saying he does not talk to criminals.

Following the rejection, Sebastian was advised by the Department of Justice to instead submit an affidavit to government prosecutors to reveal his knowledge on the NBP drug trade.