WATCH: Is this De Lima singing 'Careless Whisper' in Bilibid?
🔍

WATCH: Is this De Lima singing 'Careless Whisper' in Bilibid?

The 'Pinoy 1 million views' Facebook page posted a cellphone video of a woman performing the George Michael hit song with a band accompanying her.

[Who is this singer wannabe? Where is this? And take a look at the band playing! You're caught. Don't tell a Lie! Don't deny...admit it.]

She has vehemetly denied any connection with convicted drug lords.

In mid-July this year, a photo of her singing inside what was believed to be the music studio of NBP inmate-singer Herbert Colangco went viral.

The alleged video of De Lima singing "Careless Whisper" already got more than 4,000 shares and nearly half-a-milion views on Facebook as of 11 a.m. today.

The senator, who is facing an ethics complaint, has yet to give a word on the issue. 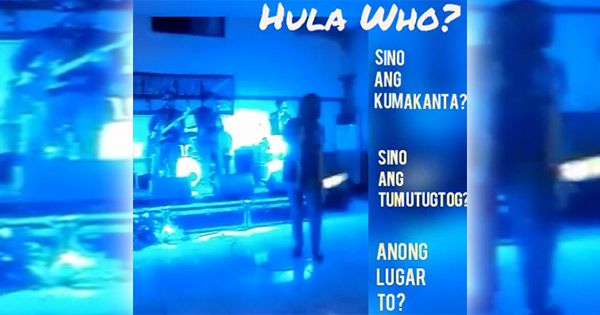