By Admin
September 30, 2016newsshowbizvideoviral
In a viral parody video, actress-comedienne Mahal impersonated Senator Leila De Lima and spoofed the lawmaker in her own "privilege speech."

Holding a glass of white wine, Mahal complained of harrassment and asked why her "detractors" were throwing controversial issues against her while she enjoyed her vacation abroad.

She also dared her "enemies" to release her "sex video" and challenged them to go to Singapore to "arrest her." 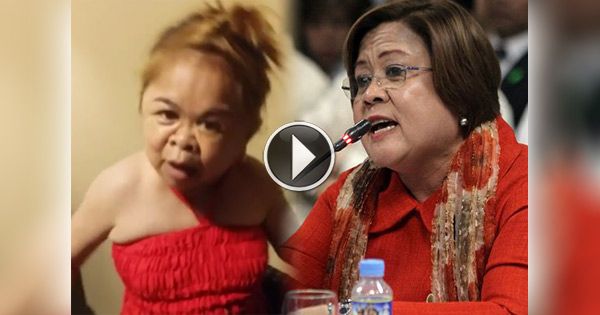 As of 2:30 p.m. today, Mahal's video amassed more than 2.5 million views and was shared nearly 95,000 times on Facebook. It also elicited over 19,000 reactions and funny comments from netizens on social media.

Last Wednesday, September 28, De Lima became hysterical during a televised press conference in which she read two statements: one was to criticize President Rodrigo Duterte and the other to express doubt that the stabbing incident at the New Bilibid Prison happened because of a riot.

Apparently, the so-called Bilibid Drug Queen brokedown emotionally after learning that one of her alleged lovers, convicted kidnapper and car theif Jaybee Sebastian, was stabbed with an icepick.