By Admin
September 02, 2016bomb explosionDavao Citynewsvideo
A bomb explosion reportedly occured at the Roxas night market in Davao City on Friday night. A live video of the aftermath has gone viral.

There were reports of injuries and casualties.

Presidential spokesman Ernie Abella told CNN Philippines that there were at least 10 deaths and 60 injuries. However, there were reports from 911 insiders that 15 people died in the blast.

Abella said the cause of the explosion is unknown. This is amid reports that a liquefied petroleum gas (LPG) tank exploded.

The explosion in Davao City occured after the local terrorist group Abu Sayyaf warned that they will retaliate against the intensified military operations in Sulu.

Earlier this week, President Rodrigo Duterte called on the public to be vigilant against retaliatory attacks by the ASG, who already pledged allegiance to the international terrorist group ISIS.

On the other hand, Abu Sayyaf spokesperson Alhabsi Misaya called on all Tausugs to join the jihad (holy war). In a text message, he said the ASG and government troops "will test each other in a liberation" by September 1st.

Tweets about the blast:

MINTAL ROXAS ECO TERMINAL DAMOSA AND MAGSAYSAY, there have been bombs retrieved

Photos from Davao where an explosion happened on Friday | via @jboygonzalessj pic.twitter.com/KhPkK6RQmF 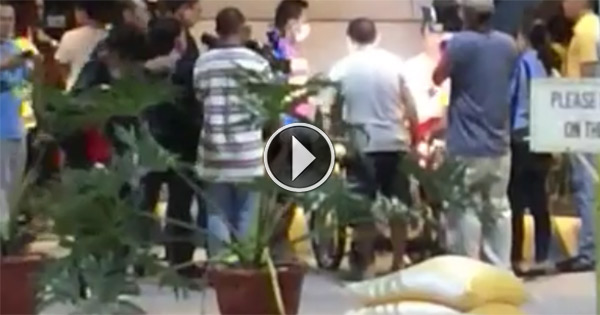