By Admin
September 14, 2016bagyong ferdiebagyong genernewstyphoonweather update
Many fear a Fujiwhara effect after Typhoon Gener entered the Philippine Area of Responsibility as Bagyong Ferdie is leaving the country.

In its latest bulletin, the Philippine Atmospheric Geophysical and Astronomical Services Administration (PAGASA) said the eye of Typhoon Ferdie was spotted at 45 kilomeeters northwest of Itbayat, Batanes, packing maximum sustained winds of 220 kilometers per hour near the center and gusts of up to 255 kph. It is moving west northwest at 22 kph.

State forecasters said the estimated rainfall amount is from moderate to heavy within the 600 km diameter of the typhoon which is expected to exit the Philippine Area of Responsibility(PAR) between 10AM - 12 PM today.

Residents in Northern Luzon have been advised to take precautionary measures against impacts of very strong winds and heavy rainfall. PAGASA has lifted the Tropical Cyclone Warning Signal over Northern Isabela. 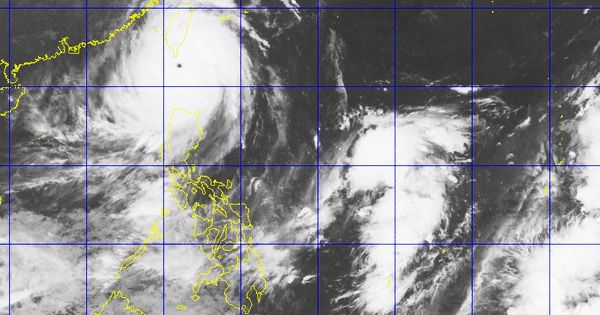 Impacts of the wind
• Very heavy damage to high–risk structures
• Heavy damage to medium risk structures;
• Moderate damage to low-risk structures
• Considerable damage to structures of light materials (up to 75% are totally and partially destroyed); complete roof structure failures.
• Many houses of medium-built materials are unroofed, some with collapsed walls; extensive damage to doors and windows
• A few houses of first-class materials are partially damaged
• All signs/billboards are blown down. There is almost total damage to banana plantation
• Most mango trees, ipil-ipil and similar types of large trees are downed or broken.
• Coconut plantation may suffer extensive damage.
• Rice and corn plantation may suffer severe losses.
Wave Height: (Open Sea) more than 14.0 meters
Storm surge of up to 3 meters possible at coastal prone areas.

Impacts of the wind
• Heavy damage to high–risk structures;
• Moderate damage to medium-risk structures;
• Light damage to low risk structures
• Increasing damage (up to more than 50%) to old, dilapidated residential structures and houses of light materials. Majority of all nipa and cogon houses may be unroofed or destroyed
• Houses of medium strength materials (old, timber or mixed timber-CHB structures, usually with G.I. roofing’s); some warehouses or bodega-type structures are unroofed.
• There may be widespread disruption of electrical power and communication services.
• Almost all banana plants are downed.
• Some big trees (acacia, mango, etc.) are broken or uprooted.
• Dwarf-type or hybrid coconut trees are tilted or downed.
• Rice and corn crops may suffer heavy losses.
• Damage to shrubbery and trees with foliage blown off; some large trees blown down.
Wave Height: (Open Sea) > 14.0 meters
Storm surge of up to 2 meters is possible at coastal prone areas.

Impacts of the wind
• Light to Moderate damage to high risk structures;
• Very light to light damage to medium-risk structures;
• No damage to very light damage to low risk structures
• Unshielded, old dilapidated schoolhouses, makeshift shanties, and other structures of light materials are partially damaged or unroofed.
• A number of nipa and cogon houses may be partially or totally unroofed.
• Some old galvanized iron (G.I.) roofs may be peeled or blown off.
• Some wooden, old electric posts are tilted or downed.
• Some damage to poorly constructed signs/billboards
• In general, the winds may bring light to moderate damage to the exposed communities. Most banana plants, a few mango trees, ipil-ipil and similar types of trees are downed or broken.
• Some coconut trees may be tilted with few others broken.
• Rice and corn may be adversely affected.
• Considerable damage to shrubbery and trees with some heavy-foliaged trees blown down.
Wave Height: (Open Sea) 4.1-14.0 meters
Storm surge of up to 1 meter is possible at coastal prone areas.

• Very light or no damage to low risk structures,
• Light damage to medium to high risk structures
• Slight damage to some houses of very light materials or makeshift structures in exposed communities. Some banana plants are tilted, a few downed and leaves are generally damaged
• Twigs of small trees may be broken.
• Rice crops, however, may suffer significant damage when it is in its flowering stage.
Wave Height: (Open Sea) 1.25-4.0 meters

Meanwhile, the eye of Typhoon Gener was located at 1,110 km east of Virac, Catanduanes with maximum sustained winds of 130 kph near the center and gustiness of up to 160 kph. It is forecast to move west northwest at 24 kph.

According to the weather bureau, stormy weather is expected over the Provinces of Batanes, Ilocos Norte, Apayao and Northern Cagayan including Babuyan Group of Islands. Rains with gusty winds will be experienced over the Provinces of Ilocos Sur, Kalinga, Abra and the rest of Cagayan. Cloudy skies with light to moderate rains and isolated thunderstorms will be experiencedâ over Metro Manila, the rest of Luzon, Visayas, the Regions of Zamboanga Peninsula, Autonomous Region of Muslim Mindanao (ARMM), Northern Mindanao and Caraga . Partly cloudy to cloudy skies with isolated rainshowers or thunderstorms will prevail over the rest of Mindanao.

A Fujiwhara effect, a type of interaction that happens when two nearby cyclonic vortices orbit each other and close the distance between the circulations of their corresponding low-pressure areas, is unlikely to take place based on data.