Saudia Airlines flight 872 isolated at NAIA, feared to be hijacked

By Admin
September 20, 2016news
The Saudia Airlines flight SV 872 that came from Jeddah was placed in total isolation Tuesday afternoon at NAIA and was feared to be hijacked.

Reports said the commercial flight was isolated in a secluded portion of Runway 6 at around 3:50 p.m. on September 20.

Operatives of the Philippine National Police (PNP) anti-hijacking unit are already on site.

The Manila International Airport Authority (MIAA) has reportedly received reports from the control tower that Saudia Airlines flight SV 872 was already under threat 30 minutes before it landed.

An ANC correspondent reported of having received information from Manila control tower that the aircraft has been placed under "Emergency Plan 4" which, apparently, means a hijacking incident.

There were around 400 passengers and plane crew on board the aircraft.

UPDATE: In a press conference, NAIA general manager Ed Monreal reportedly said that the pilot made two distress calls that turned out to be a mistake. The hijacking threat was a false alarm.

JUST IN: Saudia Airlines flight SVA 872 from Jeddah landed at 3PM at NAIA and was placed in total isolation at secluded portion of runway 06 pic.twitter.com/lpwVRsgqRS 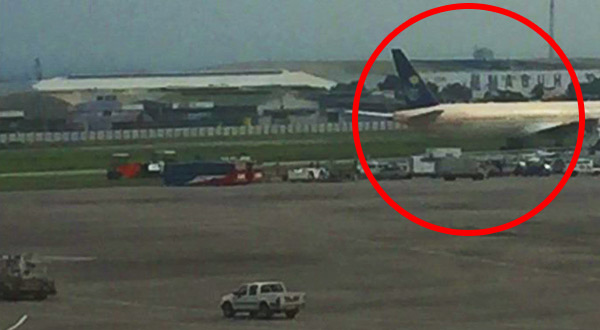