Pro-LP journalist: VP Robredo 'advised to prepare for the transition'

A screenshot posted by political analyst Sass Rogando Sasot shows the conversation between Lustre and a certain Arthur Jimenez:

Jimenez: "Stock market went down then BIR collection in July also went down. I would also like to ask the same question, Philip, WHAT'S NEXT?"

Lustre: "i was told that leni has been advised to prepare for the transition. i don't know the details though...neither do i have any confirmation..."

Sasot challenged the Vice President to speak up about the issue and refute the freelance writer's claim.

"So does Philip Lustre Jr have any idea about the plan to overthrow Duterte? Leni Robredo is this true? If no, categorically deny and call out Lustre, your ally, for spreading chismis," she posted. 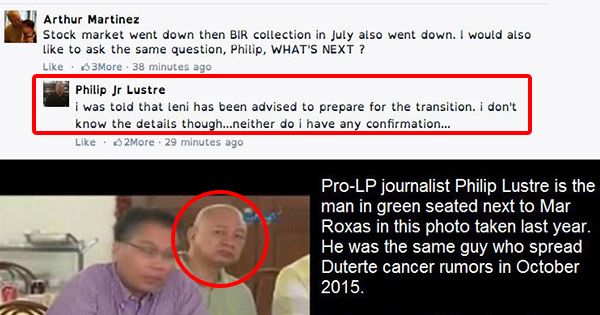 What Lustre said, according to TP, "can only mean Duterte's ouster." 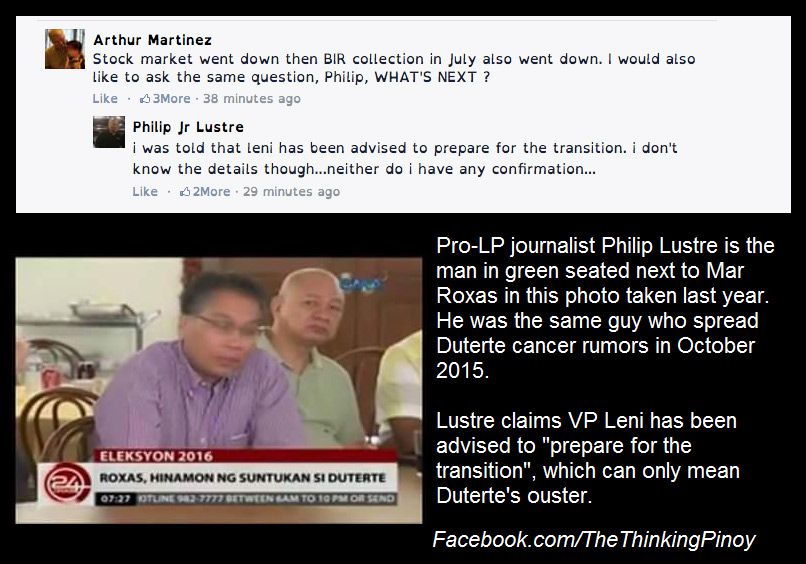