By Coolbuster
September 15, 2016newstrending topic
Congressman Karlo Nograles refuted the claim of a self-confessed assassin that his father's bodyguards in the past were kidnapped and killed.

The Davao City representative, a son of former House Speaker Prospero Nograles, made the clarification in a Facebook post. 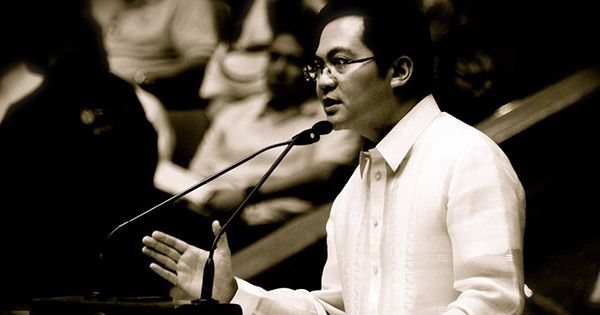 "I don't know what this guy is talking about," the younger Nograles wrote, referring to Edgar Matobato, who claimed to be a member of the so-called Davao Death Squad (DDS).

"From the time I was chief-of-staff to the time I was elected as congressman, no supporter of ours or persons under our employ was ever killed due to politics," he clarified. "Political differences in our city has always been strictly on the level of difference in policy and style; it has never degraded into the level of physical or violent."

"That is why it is easy for us to set aside our differences and unite for the common good of Davao and the nation," he explained. "I can only suspect that this guy is being manipulated by some people to only serve their own selfish interests."

During Thursday's third Senate hearing on the alleged drug-related extra-judicial killings, Matobato appeared as witness and claimed to have kidnapped and killed in 2010 four bodyguards of the ex-Speaker, who used to be a political rival of President Rodrigo Duterte

Matobato's credibility has been questioned.