By Admin
September 04, 2016bombingdavaonewsvideoviral
A frustrated man has volunteered to fight the Abu Sayyaf Group to avenge the death of his wife who died in the Davao night market bombing.

Edmund Arellano, husband of one of the victims identified as Ma. Luz Arellano, granted netizen Rehey Ybañez an interview on Saturday, several hours after an improvised explosive device exploded at the massage area near the Ateneo de Davao University at Roxas Avenue.

His wife, a 28-year-old massage therapist and mother of three — a 6-year-old, a 2-year-old and a 1-year-old baby — was working when the bomb exploded before 11 p.m. on Friday, September 2.

After news about the blast broke, Arellano said he immediately went to different hospitals. When he failed to find Luz because her name was not included in the lists of patients, he went to funeral parlors and found the victim's dead body at Angel Funeral Homes along Torres Street.

Arellano said their youngest child, whom his wife was still breastfeeding, was crying when he left home to look for his better half.

In the video, Arellano appealed to President Rodrigo Duterte to let him join government forces in Sulu to fight the Abu Sayyaf to avenge the death of his beloved wife.

The terrorist group on Saturday claimed responsibility for the bombing of the Davao night market. 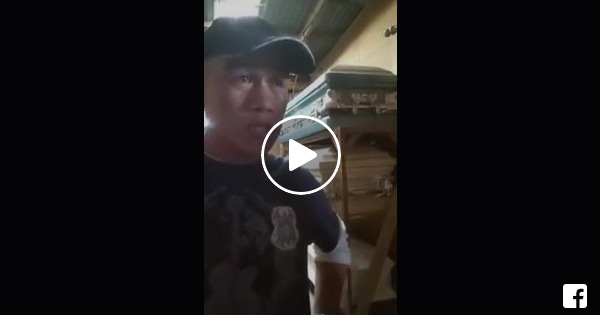