Luis Manzano reveals size of his manhood on Instagram

By Admin
September 19, 2016newsshowbiz
Actor and game show host Luis Manzano revealed in an Instagram post that the size of his manhood is bigger than the global average.

On Sunday, the Kapamilya star posted an image of what appears to be a condom with the corresponding penis sizes of various nationalities. His caption reads as follows:

According to the image, men from Congo have an average size of 7.1 inches which is 2.8 inches bigger than that of Filipinos.

Considering that he is also a comedian, many believe that Luis was not serious.

Some wondered how actress Jessy Mendiola, who has been romantically linked to him, would react to such "revelation." 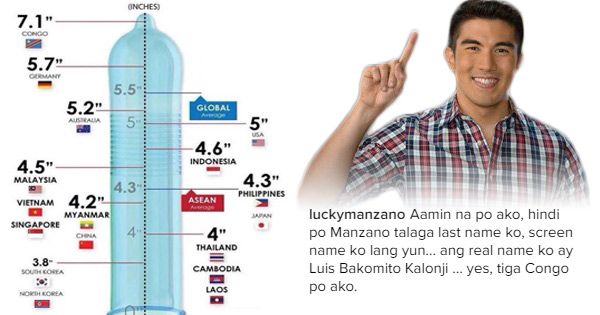