By Admin
September 03, 2016Davao Cityexplosionnewsvictims list
A "bombing" victims list went viral on Facebook hours after the deadly explosion at the Roxas night market in Davao City on Friday night. 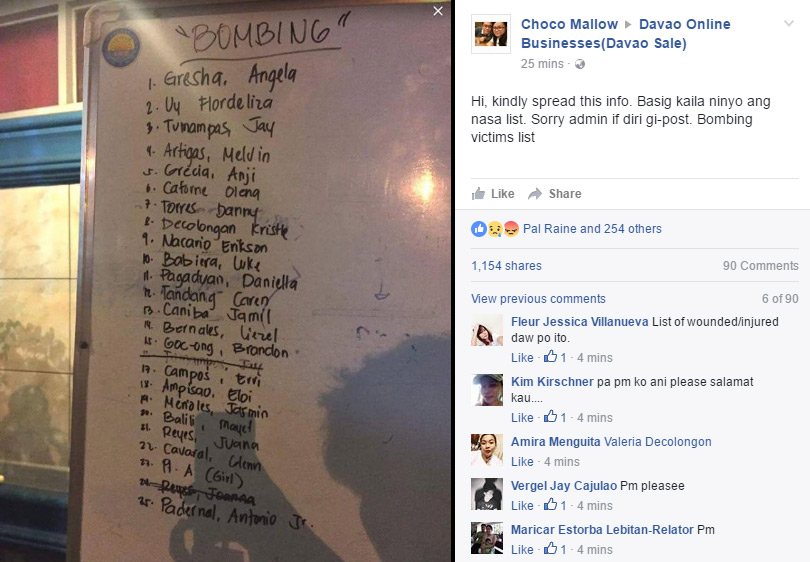 The photo shows 23 names listed on a whiteboard. Details as to where the list was posted and whether or not the victims were casualties or the injured are unknown.

In a statement released on the City Government of Davao Facebook page, vice mayor Paolo "Pulong" Duterte confirmed that at least 10 people died and around 60 others suffered injuries.

Authorities have neither confirmed nor refuted the alleged bombing victims list that went viral via social media.

Meanwhile, Facebook has activated its Safety Check to mark as safe individuals who were not affected by the explosion.